Snow White And The U. S. Congress 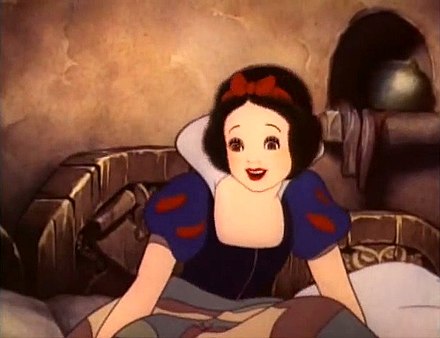 When I entered the second grade, my life fell apart.  World War 11 was raging.  My mother divorced my father and became a single parent–an immigrant with a modest command of  English and no job skills.  My father, angry, left us to fend for ourselves and that meant my mother and I moved many times in an endless quest to find cheaper housing.  In a war economy, the aircraft industry paid well but because mom wasn’t a citizen, she was barred from government work.

To keep a roof over our heads, she struggled doing menial labor.  At 4.m., she’d rise to make pies for a local restaurant. In the afternoon, she’d hike to the end of the town pier to clean the catch the fishing boats brought in. Sometimes, she worked as a waitress. But if a customer objected to being served by “a Mexican,” she was fired.

My mother was Costa Rican. I don’t suppose the customers had ever heard of the place.  For them, having an accent made everyone Mexican.

As the war dragged on, rents climbed with inflation.  A shack went for twice my mother’s weekly earnings. Rising costs meant she was always in search of more modest accommodations.  We became transients. I lost ties with my first-grade friends but struggled to make others at each new school. The effort was futile. Like a swimmer caught in a riptide, each time I glimpsed the shore, I had another change of address.

In the second grade, one teacher stood out in my mind.  I don’t recall her name or what she looked like, except that  I judged her to be about my mother’s age, somewhere in her late twenties.  She didn’t grade our classwork with alphabet letters, A, B, C., but marked them with cartoon stamps. For the girls, Snow White represented the highest praise.

In better days, my mother had taken me to see the Disney film of that name.  A preschooler, I was so entranced, I forgot to eat my popcorn.  At least, that was my mother’s recollection. I don’t doubt it.  Snow White taught me lessons about love and loyalty, and that to be afraid was natural but in the end, good would conquer evil.  In the second grade, I worked hard at my lessons, not because they interested me, but because I needed to believe in Snow White.

Each of us has faced the peaks and valleys of childhood.  Few of us will ever feel as vulnerable again. At least, I’m certain I will never quake in fear as I first did when Snow White bit into the witch’s lustrous apple. Yet peaks and valleys are a part of life and grown-ups need rewards, too. Without them, the world would be a dull place.  Without them, we might never decide to give up smoking, start a diet, or choose to build a savings account.

Recently, I read  Congress intends to restore earmarks to the national budget. The earmark involved horse-trading–a system of bartering and reward that was easily tainted. In 2011, Republican House Majority leader John Bonner held it in low regard and, with the support of members of his party, did away with it. Earmarks have become a symbol of a Congress that has broken faith with the people, he said.

Not every Republican agreed. Donald Trump, the ultimate deal maker, remarked on the virtue of them when he arrived in Washington D. C. as our 45th President.  “…I hear so much about earmarks—the old earmarks system—how there was a great friendliness when you had earmarks…

On this point, Democrats agree with Trump. Earmarks greased the wheels of deal-making. Even so, before restoring them, political leaders admit strong reforms must be put in place. Their ideas have earned the backing of research groups, like the Brookings Institution. The reasons for restoring earmarks are several.  First, they leave spending decisions in the hands of Congress which, under Article 1 of the U. S. Constitution, is where it belongs. Second, without them, decisions become the province of unelected bureaucrats. One unintended consequence of that shift has been to see poor communities grow poorer because they haven’t the clout to compete for attention against larger, more wealthy ones. And third, on the question of accountability, one skeptic was quick to point out that being human, bureaucrats are subject to temptation like everyone else.

The child is father of the man wrote the poet William Wordsworth. At the age of three, thirty-three, or one-hundred-and-three, that inner child wants to be happy. The pursuit of it is a right embedded in our Constitution.  If Democrats can restore earmarks in a  way that equally benefits the miners who work in the pits and those who live in castles, I’m sure Snow White would approve.