Show Me The Conspiracy 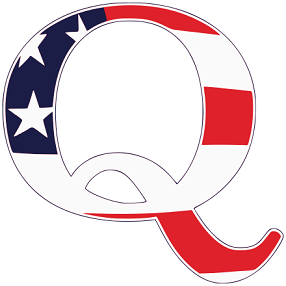 People sometimes mistake cunning for intelligence. The attributes aren’t related.  Cunning comes from the gut, an animal instinct that assesses danger or opportunity and is necessary for survival.  A cat, hiding in the grass, its eyes fixed upon a birdbath is a visual expression of cunning. Instinctually, the animal cares nothing for virtue. All that exists is the goal. Intelligence is cerebral. Unlike cunning, whose tools include deceit, anger, and bullying, intelligence relies on information and logic.

Donald Trump sees himself as a success and imagines he is intelligent. Some of his detractors must think the same. When he announced he was infected with Covid-19, Michael Moore, a Trump critic, called the admission a hoax.   As Trump is a chronic liar, Moore reasoned, the President was pretending to be ill so he could claim a quick recovery and prove that fears of Cofid-19 were exaggerated.

If Moore had been right about Trump’s motive, would it have been a sound strategy? Would the President’s quick recovery make us forget the 7.5 million Americans who have been infected or the 200,010 who have died from the illness?  Would belief in Trump’s infection encourage voters to support him? Who chooses to elect a dying man? So far, all Trump has gained are media headlines about the line of succession. So far, polls show his popularity is plummeting.

Nonetheless, Moor was right in this, Trump did appear to make a speedy recovery, and the first words dropped from his mouth were,  “Don’t be afraid of Covid.”   But what did that gain? His attempt to make light of the disease enraged its victims and family members who’d lost loved ones because he’s failed to manage the pandemic.

Moore wasn’t alone in his suspicion surrounding the President’s recent hospitalization. Other theories competed.  Some believed Trump went into hiding at Walter Reed to avoid another disastrous debate. Now that he’s returned to the White House, these folks will have to advance another speculation. QAnon’s followers continue to believe the President had a clandestine reason for entering the hospital. When he said, “We’re all in this together,” he was speaking to them in code, signaling he was going underground to get the goods on Hillary Clinton.  To the initiated, ”together,” meant “to-get-her.”

Writer  Noah Berlatsky discounts the substance of these conspiracy theories. Trump, he points out, is a man of cunning, not intelligence.  He is unable to design and carry a strategy to a successful conclusion. That’s why his conspiracies are public appeals. He wants China and Russia to do his dirty work. Besides, Trump loves the rallies that feed his ego. He’d never voluntarily give them up. This is a man, Bertltsky concludes, who makes no plans but lives moment to moment, whimsy to whimsy and is impervious to his lies and contradictions.

To believe the President engages in conspiracies gives him too much credit.  He isn’t the smartest person in the room, though he may think it.  His trip to Walter Reed is simple to explain. Liars sometimes tell the truth.