by Caroline Miller
A coming war?, America in a time of a pandemic, art as history's interpreters, Betrayal of our leaders, citizens immigrating, democracy turned against us, Karl Taro Greenfield, Proud Boys
2 Comments 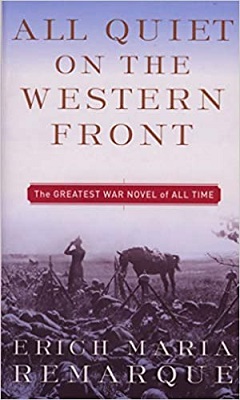 When war is declared, people know what to expect: death, destruction, and a society descending into the chaos. Shortages follow–food and medical supplies, clean water, power…  Next, come the stories of loved ones lost. The wounds of war never heal but leave a residue of hatred time won’t assuage.

Many of us in the United States sense a coming crisis, one that could lead to war.  The signs are everywhere and frightening because some of our leaders choose to use democracy as a weapon against us, leaders who have sworn to uphold the law yet defy court orders.

Shall we have free and fair elections? Our president presumes to decide that question, depending on whether his wins or losses. If the vote goes against him, he does not commit to a peaceful transition and hints that war will come.

Similar to Germany before World Ward 11,  those who feel oppressed are looking to escape the advancing bedlam. Some African Americans admit they are making plans to leave the country.  That’s bad news for America as those who make the transition are likely to be educated and with enough financial wherewithal to do so.  Their cohorts they leave behind, more vulnerable and condemned to hide in the shadows of curtained windows while Proud Boys march in the streets.

James Baldwin took the path of self-exile at age 24, having described his life in the United States as one of “watching and outwitting white people.” (“Is It Time To Get Lost?” by Karl Taro Greenfield, Town&Country, October 2020, pg. 88.) Even so, he never cut ties with his homeland and admitted he was uncomfortable with his life as a “transatlantic commuter.”

Having lived as an expat, I know the pull of home. Wherever I wandered, I was always an American.  Heritage can’t be shed like a suit of old clothes. The same was true for the African Americans I met in Rhodesia (Zimbabwe).  Most of them were on their way back to places like Georgia, Texas, or Alabama.  Their African experiences hadn’t turned out as planned.  Retracing their roots hadn’t brought them home.  In Africa, they faced a different prejudice: hostility to their money, to their expectations, and to their presumption they were better informed.

If a society exists without prejudice, I’ve yet to discover it. Flee to Canada and it exists.  Or France, or most countries in the world.  As far as I can tell, the human race has always been at war with itself.  Other species turn against their kind.  The difference for humans is that we’ve weaponized our hostilities and are capable of endangering life as we know it on this planet. Making sense of our violent impulses should be our prime directive.

Unfortunately, the times aren’t right for reflection.  We are too busy battling a pandemic and attempting to salvage what’s left of our tattered social structures. Bombs may not be falling, but the guns are here.

Faced with an apocalypse whom can we look to for guidance? To politicians? To the healers? To those who would have us pray? They’ve done their work and yet, we find ourselves standing at the edge of a black hole. In this case, even science is impotent. It can describe the universe with accuracy, but it is unable to tell us how to live peacefully in it.

Ordinary people will have to lead where others have failed. Their sanity must be strong enough to drag the demented with them, those who have grown deaf, dumb, and blind to the corruption that threatens our democracy. They point to a good economy. What matters is our values.

Whether ordinary people succeed or not in their mission, the final reckoning will be left to the artists.  Making sense of human recklessness has been their charge since Homer and carried forward through time, creating masterworks like Erich Maria Remarque‘s World War 1 epic, All Quiet on the Western Front, and Pablo Picasso’s painting, Guernica— a lacerating portrait of what seemed to have become World War 11’s banal atrocities.

Yes, the arts can be relied upon to cast an unforgiving eye upon our species, to examine the wreckage of our existence like forensic investigators.  Yet, I grow old. I begin to fear their discerning eyes will never explain why our species, though inventive, has never found the means to escape our destructive impulses.  Perhaps Nature requires the brutality within us, a fail-safe to end an experiment when it no longer entertains.