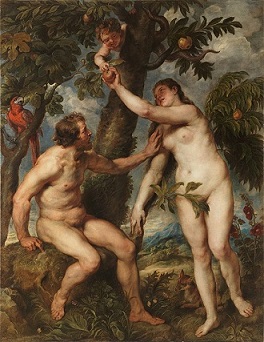 If  Supreme Court Justice Clarence Thomas adheres to his belief in originalism, meaning the  U. S. Constitution must be interpreted according to the intentions of the founding fathers, then to be consistent, he should resign from his high office. At the time the document was signed, 11 of the 39 signatures belonged to slave owners. They did not see black people as eligible for public office. Even freed slaves were a class apart from whites and denied basic rights, including an education.  Many states wrote laws that furthered inequality.  Isabel Wilkerson’s book, Caste provides numerous examples. (“The Hierarchy of Trace Amounts,” Caste, Random House, 2020, pgs. 121-127. ) A person of color sitting in one of the nation’s highest office was never envisioned.

The rejoinder, of course, is that the 13th Amendment ended slavery, and the 14th conferred equal protection to all. Taken together, these Amendments give Thomas the right to serve as a Supreme Court Justice.  Even so, for an originalist, that argument faces impediments.  When written, parts of our Constitution gave deference to the prejudice of slave-owning states.  Take, for example, The Apportionment Clause, Article I, Section 2.  Originally, it apportioned representatives and taxes by social status, boosting Congressional representation in a manner that favored slave states. If any ambiguity existed,  James Madison, one of those founding fathers, fourth President of the United States, and a slaveholder set the record straight. He wrote, that those debased by servitude were “below the equal level of free inhabitants; which regards the slave as divested of two-fifth of the man.”

The offending language has been amended, but it was a forthright statement of intent. So, how far back do Thomas and his originalist cohorts want to go in their interpretations?  If they insist the critical date is 1787, the year the document was signed, then the 13th & 14th Amendments could be called into question, not because amendments are disallowed, but because these particular amendments fail to uphold the spirit of the framers.

My point is tongue in cheek, yet it raises a pertinent question: At what point in time should the Constitution be considered original and how should that decision color the relevance of amendments that follow?

A document as important as the Constitution should be understandable to every citizen of normal intelligence. Racing backward in time to mind-read the intentions of our forefathers is a fool’s errand.  Let us ask ourselves what a viable Constitution should do. Anyone who has engaged in writing a constitution for a public or private organization knows flexibility is essential if the document is to survive the assault of time. Our forefathers must have known that virtue for the Preamble cites values without definitions: Justice, Tranquility, Liberty, and General Welfare.

Whatever those words meant in 1787,  they didn’t apply to women and minorities.  Nonetheless,  I find it hard to imagine that wise men like Jefferson and Franklin and the rest would be unhappy to see these protections extended and imbued with meaning to this day.

To fear the unfettered power of a judiciary appointed for a lifetime is wise, however, and no doubt is a concern for the originalists.  If Donald Trump has taught the country anything, it is that tradition is no bulwark against a  tyrant.  Safeguards are necessary wherever power exists. In the case of the Supreme Court, perhaps we might consider limiting appointments to a specific number of years rather than a lifetime. Or, we could change how members are appointed.  Assembling a panel of experts who are removed from the hurly-burly of politics is another option.

The best outcome would be for citizens to take their civic duty regarding judgeships seriously.  Lower courts lead to higher ones. We should bear that in mind whenever a judgeship is on the local ballot. Or, do we tend to leave that choice blank?

To see Amy Coney Barret replace Ruth Bader Ginsberg on the Supreme Court should be a wake-up call to those who see the Constitution as a document that breathes rather than one frozen in time.  In Barret’s case, we know how far back she will reach for her interpretations–to  Adam, Eve, and the Bible.