Musing About The Lockdown 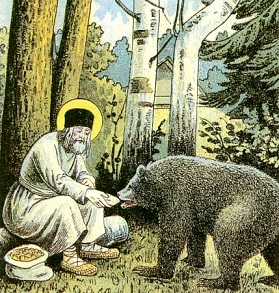 The woman seated in the retirement center’s lounge was waiting for the box lunch she’d ordered. With nothing to entertain her, she studied the carpet beneath her feet as if to find a message in the pattern. For the last year, the pandemic has forced residents to live distant from one another, which includes eating alone in our rooms. I was glad to see her and approached, mindful to keep a safe space between us.

A gregarious woman by nature and with numerous interests, she barely acknowledged my greeting.  Her glazed expression led me to wonder if my mask confused her, so I identified myself. She nodded in recognition but continued to remain listless as if she’d recently received bad news.  In the brief silence between us, I noted she’d lost a considerable amount of weight. “I hope you’ve ordered French fries with your meal,” I said making light of the change.

Neither insulted nor pleased by my remarked, her reply was in monotone as if she were reciting her social security number. “I’m having fries with my hamburger.”

“That should help,” I chuckled.

The woman didn’t respond in a like vein but swiveled her head from side to side like a broken propeller caught in the wind.  “What I order doesn’t matter if I eat alone.  I’m never hungry.  I miss my friends.”

Many in the retirement center share her zombie-like state. If YouTube is a barometer, the malaise afflicts the country.  Programs that previously might have seemed mind-numbing are growing an audience. A series called Clean With Me follows ordinary women through their housekeeping chores. While they scrub, these mavins of bleach divulge secrets on how best to mop floors and wash dishes.  (“And if You’re bored…” The Week, March 19, 2021, pg. 28.)  I presume such programs have an appeal because they provide an air of normalcy in an otherwise senseless world.

Admittedly, since the election of 2016, even before the pandemic, we’ve experienced little normalcy.  Most recently, we’ve shuddered through the January 6, 2021  Capitol insurrection, the rise of QAnon, and the antics of the 45th President who refused to concede he’d lost the 2020 election.  Of late, the country is up in arms because our trained police officers are confused by the difference between guns and tasers.

Unlike a majority of my fellow Americans, I have no longing to see the lockdown ended soon. Already, the world is too much with us. Despite locked doors and windows, Life, like an errant fly, squeezes through the cracks.  The Oregon Tax Division has lost my check, so I must show proof  I’ve paid what’s due or pay again. The library insists I owe it a DVD. I don’t but how am I to convince those iron maidens of the Dewy Decimal System? Adding insult to injury, my computer has decided to type backward.

Turn the damned machine off, you say?  I’d like to. But how can I?  Isolation heightens my dependence upon the internet.  I am as attached to it as an embryo to its womb. Turn off the computer and I achieve not serenity but a near-death experience. Try to arrange a DMV appointment without one.

Writer Kazuo Ishiguro has published a new book, Klara and the Sun.  Klara is a solar-powered Android that narrates the story.  Designed to be a companion to humans, Klara sits in a shop window hoping to be purchased. While it waits, it dreams about a future interface with humans.

I haven’t read the book, but I assume it ends in tragedy.