Liberals At A Crossroad 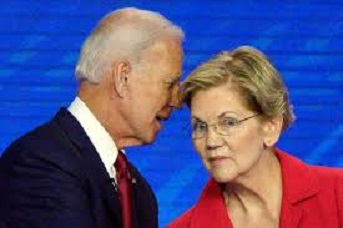 Recently, I shared an article that argued if the Warren/Sanders wing of the Democratic party didn’t consolidate, the mathematical certainty was Joe Biden would win the nomination. A Sanders supporter wrote back to say he couldn’t trust Warren. She’d once been a Republican.

Having been a Republican, myself, I have no difficulty accepting Warren’s conversion. That she continues to describe herself as a capitalist only enhances my faith that if voters send her to the White House, she will affect change. What pirates fear most is a treasure hunter with a map. Already, her fellow capitalists are crying foul though she’s far from clinching the Democratic nomination.

Call it Socialism or a “redistribution of wealth,” the goal of Sanders and Warren Is to stop obscene amounts of money from pooling into the hands of a few. If “we the people” fail in that effort, a once-great nation will continue to slip into an economic divide.

A candidate with a plan as well as an ideology should get a fair hearing.  To be honest, I’m with the wonk. Those who complain Warren isn’t likable—particularly women—should ask why warm and fuzzy matters. We’re not picking a nanny.  We’re electing a president. What was likable about Harry Truman, a man applauded by historians as one of our great presidents?