Let Us Remember To Turn On The Light 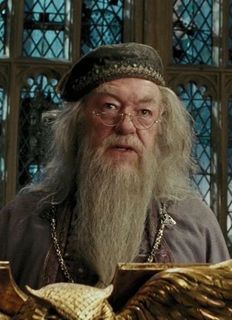 A month or two before Christmas last year, (2019) I walked through the local mall in search of children’s gifts for charity. About a third of the stores had gone out of business. Too many people were avoiding crowds and shopping on the internet. The two toy retailers that had existed almost side by side for years were early victims of the drift. Starbucks, on the other hand, had a line of customers. As yet, no one had invented mail order hot coffee. The See’s candy shop also enjoyed a few patrons.Most of the clothing shops had vanished, however, leaving behind rows of skeletal commerce, looking much like a picked over holiday turkey.

At one far corner, just off the main corridor, I succeeded in finding on establishment that was brightly lighted. A large window displayed electronic games and a few peculiar looking fuzzy creatures, but not the  usual fare of bears and giraffes and friendly lions.  Curious, I stepped across the threshold for a closer look.  A young woman came forward to greet me.  In her mid-twenties, her long brown hair, parted in the middle, fell below her shoulders. Her face was ordinary, with no remarkable features, except for her welcoming smile- her lips drawn up in a tight curve to suggest she was eager.

When I told her what I was looking for, she turned to shout over one shoulder to her boyfriend, a relationship she’d made clear before seeking his attention.  “Jack, we have a customer.”  Apparently working at the back of the store, Jack appeared from a behind a tower of boxes and scurried forward. Even from a distance, I could see his was in his early twenties, also, though his auburn hair was thin at the temples.

As he approached, he apologized for making me wait, which he hadn’t done. Even so, he insisted upon explaining that he’d been preoccupied with stocking his shelves for the holiday. Despite his differential manner, I noted his cheeks were flushed with pride and, like his girlfriend, he seemed unable to keep from smiling– even as he explained he really didn’t carry toys. What I’d seen in the window were nebbish-like creatures with pockets to store electronic gadgets. Nonetheless, one of those might do, he added.

Together, we walked along his display aisles, and I noted the confidence in his voice as this young man explained he’d negotiated a desirable lease for his spot on the mall, so good, in fact, he was certain his business would thrive. “How about this?” He stopped in mid sentence as if he’d encountered a pot hole. “A kid might like this.” In his hand, he held a small, fuzzy duck, not at all what I had in mind. Even so, I’d have chosen to eat worms rather than disappoint the wide-eyed expression that greeted me.

“I’ll take it,” I said. The item would make a perfect stocking-stuffer, I told myself.

The shopkeeper’s smile widened more than I could have imagined possible.  His girlfriend beamed, too, from where she stood at a distance, her hands pressed against her chest as if her fingers had decided to form a cathedral.  Was I their first customer, I wondered?

Christmas came and went. The proper toys I’d found elsewhere had long been distributed.  But one afternoon, I returned to the shop with its weird looking creatures to discover how sales had gone. “Pretty good,” said the proprietor as he thrust out his chest an inch or two. Then, as if to prove he remembered me, he asked, “Did the kid like the duck?”

“Loved it,” I lied.  Again, I couldn’t disappoint his hopeful expression.

We all know how this story ends, of course. A few months later, Covid-19 struck.  The last time I walked through the mall, even Starbucks was dark and shuttered. The little store tucked into a corner of the shopping center was no more. Its windows were dark and its shelves empty. I’ve seen ghost towns that were more welcoming.

Naturally, I was saddened by what I saw.  No one wants to stand in the shadow of a young couple’s broken dream. We all know how hard dreams are to come by. Maintaining them is near to impossible, particularly as our culture supposes bigger is better, more efficient, cheaper, easier… That’s why places like Walmart and Amazon thrive. We forget the cost of the indifferent service we get from these monoliths.–places where nobody knows your name and heaven help you if you forget your customer service number.  Or, if you do remember, you forget how long you will wait at one end of a telephone to hear a human voice at the other.

Professor Albus Dumbledore said in The Prisoner of Azkaban, “Hope can always be found in the darkest times if one remembers to turn on the light.” It’s a good motto to keep in mind these days. The virus may be ravaging enterprises large and small, but it may have a cleansing effect, too.  Seeing that no business is immune from its infection, the disruption may remind us that a healthy economy requires more than giants.  Says writer David Sax, we need a vibrant mix of midsize companies and manufacturers, and small  businesses, as well–especially those run by minorities, women, immigrants  and seniors.  We need, he insists, ants as well as elephants. (“A rest for Entrepreneurship,” by David Sax, June 20, 2020, Bloomberg Businessweek, pg. 32.)

Maria Zepeda, the co-director of Zebras Unite, a community co-op, agrees. “This isn’t one of those survival of the fittest moments. It’s not competitive.  We have to come together.” (Ibid, pg. 32.)  Apparently, Zepeda has many listeners. Having lost their jobs and with no one to fall back upon except themselves, a new resiliency is emerging in our midst. We are becoming a country where people have dreams, again,  and are eager to turn on a light rather than live without hope.  Many businesses remain shuttered, it’s true. But there are entrepreneurs “busting to get out,” into the world, according to writers Michael Sasso and Steve Matthews. The evidence lies in the numbers.  Despite the pandemic, applications to the IRS for business permits are on the rise. (“A New Crop of Startups Stokes Optimism,” by Michael Sasso and Steve Matthews, Bloomberg Businessweek, June 20, 2020, pg. 32.)

This rebirth  seems natural. In a forest, after fire burns away the overgrowth, the increased light allows seedlings to grow. Perhaps the aftermath of the pandemic will permit the same. Greater diversity, a greater sense of community and improved customer service wouldn’t go amiss.  My dream is that one day, I’ll wander into a neighborhood shop to find my young entrepreneur and his girlfriend stocking their shelves with their funny looking “toys” again. “Hi, it’s me,” I’ll wave as I enter.

The pair, I always imagine, turn to greet me with their blinding smiles.  “Hi yourself. Are you looking for another little duck?”