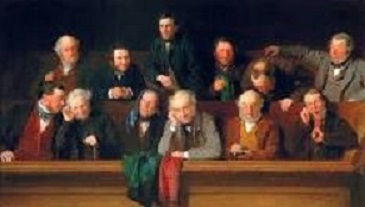 If age has taught me one lesson, it’s that the past is not prologue to the future. Even so, the media is awash with pundits acting as touts, giving political tips to anyone who will listen. David Faris’ recent article in The Week, for example, offers a damning critique of how the Democrats have bungled the impeachment process. Based upon his assessment, he is  gloomy about the party’s success in 2020.

He believes Nancy Pelosi should have waited longer before delivering the Articles of Impeachment to the Senate.  If she had delayed, more evidence against Donald Trump, the 45th President of the United States, might have broken loose. In fact, he argues, she could have waited until the day after Trump’s second inauguration to begin impeachment proceedings. Instead, she gave Senator Mitch McConnell  a free hand to manipulate the hearings and steer his Republicans majority toward a quick dismissal. With the charges dropped, Trump will be free to run his  2020 reelection campaign as an exonerated man.

Frankly, Faris thinks too highly of McConnell as a strategist. The Senate majority leader uses neither argument nor evidence to control the proceedings. His power lies in numbers: 47 Democrats versus 53 Republicans. That ratio, which is true today, could also be true after the 2020 elections.  Waiting until the edge of time to deliver impeachment articles might change nothing.

In any case, the Democrats, don’t strike me as being afraid, as Faris claims. No doubt they considered the evidence as he did, but came to a different conclusion on how to proceed. So far, they seem to have done pretty well. Even Faris admits recent polls show 51% of respondents believe the president should be impeached while 58% agree he has abused his office.

I presume the writer’s suggestion that Pelosi let loose her arrows the day after Trump’s second inaugural is a joke.  If not, he is being far too cynical and blind to the elegance of the Democrat’s course of action. Simply put, they have placed their trust in the American people.  No doubt, McConnell has a death-like grip on the impeachment proceedings. But I suspect the minority party does not look for victory there. Their intended jury is the voter.  As an attorney once said to me with a wink when a judge gaveled down his key objection and had it stricken from the record. “What the judge ruled doesn’t matter. What’s important is that the jury heard the reason for the objection.”