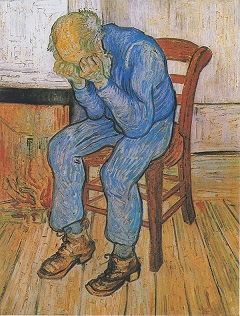 When he heard the cost of the computer repair, the old man at the opposite end of the telephone line wept. “I’m going to have a heart attack.  I feel sick.”

The scammer who was listening remained silent but others in the boiler room operation broke into laughter. They were unaware an investigator had hacked into their lines and was observing their antics. He watched in dismay as the old man dried his tears and gave the scammer his credit card number to pay for a bogus repair. (AARP Bulletin, April 2021, pg. 10)

After reading the ARRP article, I stirred my morning coffee and thought about the callousness of the fraudsters.  What made them so unfeeling?

My memories drifted to a warm afternoon years ago.  Too young for school, I remembered how my mother clung to my hand as we walked to the grocery store. Her stride being longer than mine, I sometimes skipped to keep pace. That’s how, without intending it, I stepped upon a bee that was resting on the pavement.

Seeing what I’d done, my mother stopped and bent down so that we were at eye level.   Bees made honey she said and helped flowers grow. There’d be no cherry blossoms without them either.  The lecture wasn’t long but I never forgot her closing line. “Besides, how would you like to be crushed by a giant?

Imagining the horror of that event, I broke into tears, sad for the bee and me.

Years later, I recounted this story to a therapist. I don’t remember why,  but her reaction surprised me.  “That was cruel of your mother, wasn’t it?”

The woman had supposed the story was about mother-daughter conflict– which may have reflected circumstances of her own.  In my case, she had misread the incident.  I told the story to honor my mother. A woman of compassion and respect for life, she taught me values that have guided me throughout my life.

As for the boiler-room scammers, I am sorry for them.  They would have benefited from knowing my mother.  To live without compassion is to stumble through the world half-blind.

Is there a cure for their handicap?  Shaming used to be a remedy. Perhaps we should bring back the stocks and throw tomatoes at offenders in the public square.

Social media can be a form of public shaming.  Twitter and Facebook are places where an unguarded word can destroy a career. Too liberally applied, shaming can backfire. Taking a page from Donald Trump, a target erupts, piling up competing outrage until it’s difficult to distinguish the accuser from the accused.

Recently, I read an article that reminded me geography influences human behavior. Personality traits differ among people living in various parts of the world. European cultures tend to be more outgoing and open to new experiences than those of Asian Cultures…. People from Northern Europe were more conscientious than their peers in Southern Europe.

Attitudes about individualism and collectivism differ as well. In the U. S., Mexico, and Chile, individualism and self-gratification have a priority.  South Korea, Belgium, and Russia encourage restraint in the face of temptation.

Reflecting on my experience as a bee killer, my mother taught me the value of collectivism—the importance of having a duty to one another and the planet. Raised in poverty, she didn’t live in a world of abundance and opportunity. Scarcity taught her to respect life‘s interdependences and the necessity of sharing. Sharing lies at the heart of compassion, in my view. I suspect that’s why studies show the poor are more charitable than the rich.

A Navajo living on the arid plains of Arizona knows it’s important to leave room for the bees.  Monsanto’s CEO may never have given these insects and their collective society much thought.

Many factors influence who we are,  so what makes a boiler room boy callous will probably remain a mystery. I do know that growing up in poverty influenced me. I cherish that education. Absent from that curriculum was the lesson about laughing when an old man cries.