Laughter In A Time Of Pandemic 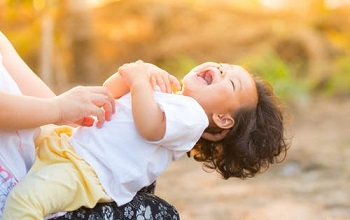 Life is interconnected, making sorrow and absurdity cousins. Sometimes that interconnection invites laughter.  The reaction might seem perverse but it can also be enlightened. In times of great adversity, if we look, we might see clowns cavorting in the margins of the shadows.

The antics of Donald Trump, too many to catalogue here, I must omit.  Instead, I call to your attention to small peccadilloes that might have escaped notice. The Czech Republic, for example, is a small country hit hard by the coronavirus. As such, the government has closed its borders and imposed strict quarantines to prevent the disease from spreading. How strict? Well, recently, for example, the police targeted several nudists, not for their lack of attire but because they neglected to wear facemasks. (The Week, April 24, 2020, pg. 7)

One vigilante in Mexico injects humor into the lockdown as he patrols his neighborhood driving a faux-Batmobile and wearing the appropriate costume. “Hey you!” he shouts to an offender strolling along the street. “Stay home.” Having no official capacity himself, he fails to see his message might apply to him.  (Ibid. pg. 12)

So far, the majority of Americans seem willing to shelter at home as long as they have enough toilet paper. Given the empty shelves in the grocery stores, it appears to be more important than food. In a 4 week period ending on March 29, shoppers have hoarded more than 1.45 billion dollars of the stuff. No wonder they’re anxiously awaiting those stimulus checks.

Of course, thanks to Trump’s blockade of immigrant workers, there may soon be little produce to buy besides toilet paper. With undocumented workers from the south being denied entrance into our country, dairy owners are dumping their milk, and farmers are allowing their crops to rot in the field. Don’t look to the food banks as a fallback. They’re already unable to feed the existing unemployed. We can thank our President for this state of emergency planning. He is, after all, in complete charge though he admits responsibility for nothing.

Boris Johnson, Prime minister of England, seems to have had his eyes opened by the pandemic. Struck down by the virus, recently, he languished for several days in an intensive care unit in London. Before becoming ill, like Trump, he “demonized immigrants and [made] it harder for them to stay in the UK.” (Ibid pg. 14.)  Now he credits two nurses, for his recovery. One is an immigrant from New Zealand. The other hails from Portugal. (Ibid pg. 14.) Lucky Boris. If his  country runs out of food, he can eat his words.

As for our President, I harbor no hope for his enlightenment. He is a man who rails against the establishment, forgetting he is its leader.