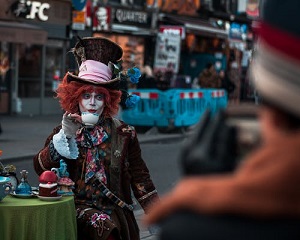 Aphorisms are pithy sayings that capture what’s common in human experience.  “All’s well that ends well,” came to mind the other day after a misadventure with my car title. I needed to release it to a friend but couldn’t find the document in any of the usual places. Confident that I am careful with important papers, I refused to accept the title was lost. Unfortunately, combing through my files a second time met with no  success.

Sitting down in my leather chair, I wracked my brains to remember where I kept it.  After 7 years, it could have been misplaced.  But where? Staring out my window, the answer came to me in a matter of minutes. I’d stashed it in the fireproof lock box that is tucked away at the back of my closet.  Shooting up from the chair, I headed for the bedroom. After digging among some old papers  for a while, I found it. “All’s well that ends well,” I sighed as I hugged the title to my chest.

The same aphorism came to mind, recently, when Oregon’s state Governor, Kate Brown, announced she’d negotiated the withdrawal of Donald Trump’s paramilitary from Portland, the state’s largest city. Their presence around a federal building seemed to inspire riots.  Once they withdrew, tempers cooled and the incidences of violence in the streets declined  “All’s well that ends well,” I said again.

Oscar Wilde has given the world a number of aphorism. One of my favorites is, life is too important to take seriously. It came to mind after I read Rachel Cohen’s article about Covid-19 and the challenge of  opening schools in the fall.  (“Who Pays for Home School?” by Rachel Cohen, Bloomberg Businesweek, July 27, 2020, pgs. 1-32.) In today’s world, children face health risks if they fill classrooms. On the other hand, educators and parents feel remote education is less effective than the traditional setting. More problematic is how to care for children left to shelter at home when their parents need to work.

Schools face financial difficulties, too. Because money follows the students, keeping them actively enrolled is critical. Otherwise, in this poor economy, states are eager to make budget cuts where they can.

Democrats see the danger and  clamor for more stimulus dollars for public education. But there’s a snag. Republicans, led by Secretary of Education, Betsy Devos, have another idea. They view the collapse of public institutions as their best chance to strengthen school voucher programs, home schooling and other privatization schemes.  (Ibid pg. 31.) In the tug of war, nothing gets done.

Now some parents are looking for their share of the pie. The nation spends approximately $15,000 to educate each student, which makes those tutoring at home wonder if part of that money should come to them.

From where I stand, the Covid-19 mess doesn’t look much different from messes of the past. Everyone, except the children, has an agenda. Everyone is scrambling to cash in on the crisis or at least survive it.  We’ve seen this circus before, particularly in Congress.  I doubt that it will end well.  Others have said it before me: the more things change, the more they stay the same.