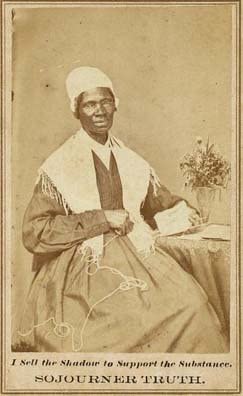 “My bathrooms are for customers only.” The white proprietress of a knitting shop stood with her arms folded as she blocked an African-American woman from entering.  The intended customer felt humiliated but didn’t explain she’d been through a rough patch and wanted to take up knitting to relax.  Instead, she walked away, stunned to realize her race impeded her simple desire. (“Small Business,” Oct. 26, 202, by Loren Feldman, Bloomberg Businessweek, October 26, 2020, pg. 38.)

Rather than give in to her anger, she decided to get even. Adela Colvin of Georgia went into the yarn business.  Eventually, her tastes turned to dyes.  Like an alchemist, she invented shades that caught the public’s eye. Today, she’s one of the country’s prominent yarn colorists with a waiting list of customers. Along the way, women of different races have given her support, but she remembered the early humiliation and didn’t shy away from her heritage.  Her logo is a picture of her baby girl.

Colvin never regretted her decision to create an opportunity from a challenge. Yet, to her surprise,  after George Floyd died, business got better. Stunned to see a black man lying in the gutter, pleading for his life while a white police officer cut off his air by kneeling on his throat, the public’s conscience got a wake-up call. People wanted to see justice done.  But they didn’t write their Senators.  They lit up the internet and bought merchandise from minority vendors.

One yarn seller greeted the explosion with enthusiasm. “There’s nothing threatening about this [knitting]. This is fun.” (Ibid, pg. 38.)

The revolution didn’t end with yarn, of course. Bookstores also benefitted.  In 2014, there were 54  African-American purveyors across the country.  Today 120 exist, 8%of the industry.  Growth during a pandemic represents more than a good business plan.  It’s a political statement. (“Sudden Boom for Black Booksellers,” by Carol Hymowitz, Bloomberg Businessweek, Oct. 26, 2020, pg. 39.)

Amy Cooper must wonder if she contributed to these burgeoning minority businesses. She’s the white woman who filed a false report against an African-American man, accusing him of becoming a threat to her when he suggested that, as per the existing ordinance,  she put a leash on her dog while walking in New York’s Central Park.  The judge didn’t buy Cooper’s defense and sentenced her to diversionary counseling, after which she dropped the misdemeanor charge and sealed the record. Cooper walked away as if nothing had happened. One wonders what would have become of the man if he hadn’t recorded the incident on his smartphone.

Amy Cooper may have escaped a wrap sheet for her crime, but memories are long.  Adela Colvin and supporters of Black Lives Matter are unlikely to forget. Nor should any of us.  When people shed their humanity, they encourage us to find ours.