Insights Of the Willy-Nilly 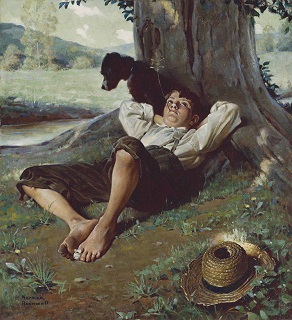 Despite the misinformation he’s allowed to spread on Facebook,  I admire Mark Zuckerberg’s intention to create a global community that can promote human understanding. To foresee the many ways his dream could be misused would require the powers of Nostradamus, so I don’t hold him wholly accountable.  Instead, I’m inclined to thank him for the friends I’ve made in foreign climes, places where it’s unlikely I will ever set foot–Australia, and India, for example.

I spent two years in East Africa in the 1960s, yet thanks to the internet, I’m making more friends today in places like  Kenya and Uganda than I did when I lived there.  So many friends that I could be tempted to run for public office in one of those countries.

Why I’m so popular in Kenya in particular puzzles me. By way of contrast, my Indian friends seem more restrained.  I could count their number without needing to stop for breath.  My Australian friends are even more reticent. For them, I need only count the fingers of one hand.

Logically, my ties with Australians should be stronger than the rest as we have much in common. The colonists of both our nations were the wayward European offspring of Britain. As such, we share English as our language. Our histories look similar, too, in that we tamed frontiers and oppressed indigenous populations. So, why Australians aren’t beating a path to my Facebook page is curious.

My Indian cohorts, mainly computer nerds, form a larger contingent. Their history with Britain makes them English-speaking, but, like the Kenyans, their culture extends back to the dawn of time.  They suffered British rule for a while but didn’t embrace it.  In them, I sense politeness and reserve not typical in my country. Occasionally, I attempt to engage them on political issues or seek an explanation for a cartoon they’ve shared.  The replies are courteous but brief, leaving me to feel like a toddler struggling for attention at the cricket pitch while my imaginary older brother engages in a serious game with his friends.

As for the Kenyans, well, their greetings are joyous, as if I’ve stumbled across a basket of puppies.

Clive Thompson’s recent article in Wired explains why some places along the internet can erupt like a bonfire while others remain inert.  As I’m curious about Kenyan exuberance,  I paused to read it. He begins by citing  QAnon as an example of a bonfire. Members of this group believe a “deep government” exists–one that is plotting a left-wing coop and covering their expenses with proceeds earned from their underground child-trafficking ring.  (QAnon’s Genius, ”October 2020, pgs. 14-15)  Their leader is a shadowy figure who plants clues on a website which he or she says will lead people to the truth. Unfortunately, the clues are endless, sometimes promulgated by followers, so that the mission has become an enormous and perpetual scavenger hunt.

Thompson bases his remarks on Adam Han’s observations.  Han is a web game designer who draws parallels between QAnon activities and the Alternate Reality Games (ARG) he creates for a living.  What a good ARG requires, he says, is a quest with an important challenge greater than oneself– like saving the world. Next, there must be a mystery, discovering the evildoers, for example. Finally, there ought to be clues and rewards for members of the quest who make discoveries. Usually, these rewards are group plaudits.  As QAnon has all these elements, Han suspects it is an ARG and a highly addictive one.

As his conclusion, Thompson admits the “web has always been about making willy-nilly connections.” (Ibid pg. 16)  Social platforms, like Zuckerberg’s, augment the spread of willy-nilly ideas the way a cold passes from person to person. A hunt takes on the appearance of research and its “discoveries” become true by dint of repetition. Information can pass the same way, of course, but it tends to lack the sparkle of imagination.

Even so, what does QAnon have to do with the number of Kenyans on my Facebook page? Nothing, logically. My purpose has been to create willy-nilly web of connections to show how willy-nilly works.