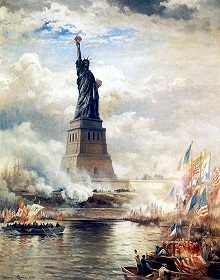 Recently, the Washington Post Editorial Board made a final appeal to voters who remained undecided about the November 3, 2020, presidential election. To reelect Donald Trump would continue to erode our democracy in the way he has done during his first four years, they said. “This is not a matter of conjecture,” they added, “it is a judgment based on President Trump’s record and promises.”

Two questions occurred to me as I read that sentence. With days to go before the election, who were these “undecided” voters?  Have they newly returned from the dark side of the moon? Given the plethora of media attention, I can think of a few reasons why a voter should be undecided.

Secondly, I was amazed The Washington Post’s Editorial Board assumed that a person pondering his or her vote for Trump would be aware of their opinion. What is that newspaper to them, these potential believers in MAGA? In the end, the terminally undecided will either choose not to vote, toss a coin, or make a gut decision based upon whom they trust.

“You earn public confidence in small drops,” wrote one former FDA official, Scott Gottlieb. “And you lose it in buckets.” (“Totally Wired,” by Daniel Engber, Wired, November 2020, pg. 2.) Few who have been on the planet a week or more would dispute that assertion. A good reputation takes years to build.  A single day can wash it away, as Bernie Maddoff knows.

So, “who ya gonna trust” in this election?  Joe Biden, a man who was never found guilty of any wrongdoing? Or, Donald Trump who has fed the public over 20,000 lies, some of them about Covid-19 that are potentially deadly?