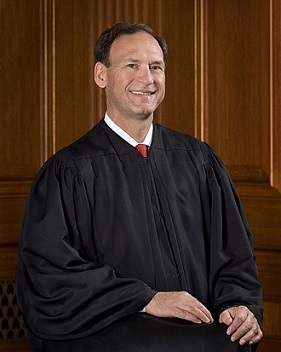 (Because of the events of last week, I feel this blog bears repeating.)

Few would argue against the notion that under Donald Trump’s Presidency, American democracy has been tested at all levels of government.  How far that testing has gone is a cause for concern for many. Recently, Chuck Schumer, Minority leader in the U. S. Senate, fired a salvo across the bow of the U. S. Supreme Court, threatening Justices Brett Kavanaugh and Neil Gorsuch about their upcoming votes that might overturn abortion rights in an upcoming Louisiana case.

Chief Justice Roberts responded with a warning of his own.

“Justices know that criticism comes with the territory, but threatening statements of this sort from the highest levels of government are not only inappropriate, they are dangerous.”

Meanwhile, the outgoing President, Donald Trump, a man who has shown contempt for the courts, stirs the pot with his tweets over with Schemer’s outburst.

If abortion were the sole issue at stake, the country might survive the bloodletting, but other issues, like gun control, First Amendment rights, and religious freedom are also at stake. People on the political far left and right are accusing one another of redefining the Constitution. To find a middle ground is difficult because so little trust exists between  factions. A form of brinkmanship has settled among us like poison gas. The threats, the defiance, the acts of violence along the political spectrum begin to sound less like demands to right a wrong and more like the crazed cacophony of a society longing for extinction.  Witness the Christian singer who, despite the pandemic, defends his open-air concerts as an expression of his religious rights. His model is obvious. Trump’s assault on the peaceful transfer of power gives the singer license to pervert the norms of religious freedom.

Finding common ground with those of bad faith takes more than a stretch. As of yet, I have no idea how to accomplish it.  Still, those of good faith, despite a difference of opinion, must try. To that end, I decided to read Supreme Court Justice Samuel Alito’s words about conservatism in his speech of November 12, 2020, to the Federalist Society.  Let me admit I have no law degree but read his comments as a  citizen to whom the law applies—someone who, through representative government has a voice in determining what is a reasonable and unreasonable law.  That voice has belonged to every citizen since the tea party rebellion in  1773 when our forbearers raised the cry, No taxation without representation.

Alito began his speech by explaining the role of a conservative judge: “to conserve our Constitution and the rule of law.”

I suspect a liberal judge like Ruth Bader Ginsberg would reply Alito had defined the role of every judge.  If so, then I had found common ground. Nor did I imagine Ginsberg would object to Alito’s description of current conditions in the country. That  “…tolerance for opposing views is now in short supply”

I also agree. Intolerance has put the rule of law under pressure. Alito added the current pandemic had exacerbated the difficulty.   “We have never before seen restrictions as severe, extensive, and prolonged as those experienced for most of 2020.”

Here, I disagree. Age takes its privilege for I lived through the deprivations of World War 11, a duration of 7 years. By contrast, the pandemic of the past several months only requires that we wear masks, wash our hands, and practice social distancing. Nonetheless, Alito was correct in his next observation that in a time of crisis, power flows to the executive branch of government.  Franklin Delano Roosevelt held the nation in his palm when I was growing up. Fortunately for the country, he was an honest broker with good intentions. He resisted the temptation to promulgate excessive emergency regulations that drew power to himself at the expense of our fundamental freedoms.

To describe the appropriate use of executive power, Alito discussed a 1905 Supreme Court ruling concerning a Cambridge, Massachusetts ordinance. It required citizens to submit to vaccinations during a smallpox outbreak.  Alito argued the high court’s decision to uphold the ordinance was correct because it “targeted a problem of a limited scope.”

I admit his conclusion puzzled me. How size affected individual rights or the notion of equal treatment under the law was unclear. Nor did his discussion of other cases further illuminate.  For lack of time and space, I  touch upon only one of his examples to illustrate my confusion. Like the smallpox case, it addressed individual rights versus the rights of a community.

A gay couple brought a complaint before the court against a baker who’d refused an order for their wedding cake. He cited his religious objection to homosexuality as his reason.  Offended, the couple sued the man and in court their attorney argued religious freedom was no defense because it could be used to “justify all kinds of discrimination throughout, whether it be slavery, whether it be the Holocaust …”

Alito conceded to his audience that the attorney had a point. Claims of religious freedom could be used to serve bigotry. But in the baker’s case, the judge saw “no evidence that anybody has been harmed.” Cakes were readily available elsewhere in the community.

I gasped at Alito’s conclusion, however. Did he fail to see that availability wasn’t the issue? At stake was the question of equal treatment in the public square. A business open to the public must serve all customers alike. No person should suffer the indignity of being turned out of an establishment on the off-chance the proprietor held views contrary to those of the customer.  Yet Alito thought so well of his argument that he circled back to insist the injured party in the case was the baker. “The question was [sic] face is whether our society will be inclusive enough to tolerate people with unpopular religious beliefs.”

In my view, the question isn’t one of religious freedom. It is one of equal treatment.

Aware that dilemma arises when values clash or when litigants use the same value to justify opposite positions, Alito  made his pitch for Originalism, insisting that for uniformity, “the constitution should be interpreted in accordance with its public meaning at the time of adoption and textualism, which is essentially originalism applied to statutes.”

Unfortunately, jurists’ rulings over hundreds of years make a common understanding difficult to see. When well water is clear, it’s easy to glimpse the bottom.  When human wrangling muddies that water, the source is none too clear.  Nor am I content to view the present through the lens of history, entirely. Obvious to everyone, the words “All men are created equal, “differ in meaning from the past because they now apply to the descendants of slaves and women, as well.

Constitutional conundrums are thorny which is why a U. S. Senator like Charles Schumer might grow intemperate. But I accept without reservation Alito’s conclusion. “Liberty lies in the hearts of men and women.  When it dies there, no constitution, no law, no court can do much to help.”

The fate of our institutions resides with ordinary men and women.  If that is true, and it seems to be self-evident, should we be hopeful?  Or should we despair?

I vote for hope because I see a firm ground upon which the vast majority can stand. We recognize our duty to the young. Let us begin with them and in their cause rebuild our  system of public education, the bulwark of our democracy.  Let us cast out special interest groups that have fed too long at the trough of taxpayer dollars. We should return that money to the public square where all races, creeds, and points of view are welcome.  We must do it for the children.