by Caroline Miller
Labor's oposition to universal healthcare, national health care, reducing the cost of healthcare, why government and not business should be in charge of healthcare
0 Comment 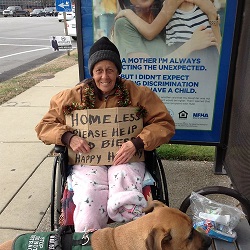 When I headed a teacher’s union, I was part of a coalition of other labor groups that negotiated wages and working conditions with the public school system.  That was in the 1970s, at a time when the U. S. economy had slowed. Unable to make a case for wage increases, union representatives settled for a healthcare package. Across the country, other employers were making the same offer because premiums were low and so were medical costs.

We, union representatives, took the deal, glad to return to our members with any offer. Little did we know we’d made a devil’s bargain that would be disadvantageous to both sides of the table. No one foresaw that one-day medical costs would grow to 18% of the nation’s GDP, the highest of all other western nations.

Our mistake, when we placed the cost of healthcare on the backs of employers, was to hollow out the job market over time. Hard-pressed to meet their ever-increasing obligation, employers hired fewer and few workers, froze wages, and automated routine tasks that formerly were performed by unskilled workers.

Low wages and shrinking opportunities for the unemployed led to social decay: increased incidents of drug addiction, depression, alcoholism, obesity, a growth in suicides, family violence, divorce, and an increase in crime. Naturally, the healthcare system became overburdened, costs soared and many people were left stranded in the welfare system…if they were lucky.

Few people doubt reforms are needed. Unfortunately, the medical industry employs “5 five lobbyists for every member of Congress,” making change difficult.  (Ibid, pg. 100)  Labor stands on the wrong side of the issue, too.  They insist upon keeping the private plans they negotiated without considering the endgame. Healthcare has become the luxury of the employed with no alternative should someone lose his or her job.

We should keep in mind that insurance companies set premiums and determine the level of coverage, not the employer.  Without a federal mandate, there’s no guarantee, for example, that pre-existing conditions will be covered. Wrangling with the employer at the bargaining table is as futile as complaining to a check-out clerk at the grocery store about coffee tariffs. The matter is out of the employers’ hands.

The only institution large enough to manage healthcare for the nation is the nation. Consider the gains that would follow if we made the shift. By size alone, the government is in the best position to negotiate with the medical industry. What’s more, when people have a safety net, they address their problems early, reducing the cost of care as a result.  That saving makes universal healthcare feasible.

Simply put, we have placed the health of our nation in the wrong hands. Government is in the best position to provide for the welfare of its citizens and that is its mandate. The same can’t be said of business. Its mandate is to generate profits.