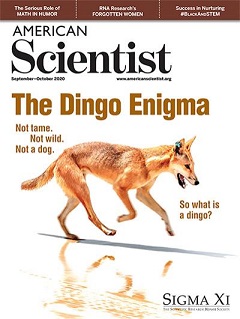 When did hungry people decide half a loaf wasn’t good enough? I’m speaking metaphorically, of course, referring to the “double haters,” that Donald Trump referred to in 2016. These were disillusioned people who looked for a change and didn’t think it was coming fast enough. As a result, their disappointment with the Democrats drove them to the Republicans. (“Double Haters,” Bloomberg Businessweek, 9/7/2020, pg. 44.) Mostly, they were progressives.  Mostly they were young with life experiences too minimal to assess the length of their shoelaces.

They are gathering again for 2020, these double haters, though to what purpose? They turn up their noses at both candidates, Trump and Joe Biden, as if no discernible difference existed between the two men. Universal health care seems to be the line they’ve drawn in the sand. Trump doesn’t countenance it. Biden prefers to expand Obamacare. As miraculous as the passage of that bill was  in 2010, double haters disparage it. “If Biden doesn’t move left, he should not feel entitled to support from the left,” said one. (Ibid, pg. 45.) Another took what he saw as the moral high road.  “I’m not interested in voting for the lesser of two evils.”

The latter statement is pure jingoism. Taken to its logical conclusion, it propounds that when confronted by a “greater evil,” it’s better to do nothing and let it prevail. That’s a curious position for a moralist.

Edward Snowden in a recent interview with Brian Williams on MSNBC  observed that logic isn’t hackable. That’s true. Unfortunately, sophistry too often passes as its clone. But, sophistry rises from gut acid while logic is an instrument of the brain. If we confuse the two and the gut prevails, then facts become an unnecessary burden. A useful tool for idealogues, sophistry can carry any assumption, light as air, to the desired conclusion. As a form of rationalization, it has served Republicans well, allowing them to welcome QAnon followers into their ranks because, for the party, winning votes has become more important than promoting values.  (“QAnon Crashes The Internet Party,” by Daniel Zuidijs, Bloomberg Businessweek, August 17, 2020, pg. 8.)  How far Abraham Lincoln’s party has fallen.

An open mind is obliged to consider all ideas, it’s true.  But at some point facts must prevail. That’s why I grow weary of delusional people on both ends of the political spectrum. Their cries about “Patriotism” and “Justice“ are words that fall from the mouths of heroes and scoundrels alike. Passion is not enough. What matters is truth. That’s why I applaud Scientific American’s decision to break its 175-year-old tradition to stay out of politics and to endorse Joe Biden for President of The United States. They are aware that much is at stake and their argument is simple.  Biden knows what’s real and he refuses to  “spread lies and misinformation.”   After the needless loss of 200,000 of my fellow Americans, half a loaf is good enough for me.