Silence Of The Lamb 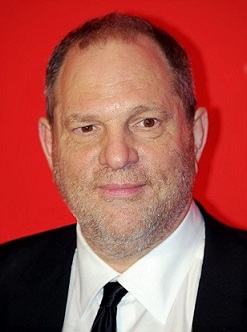 The matter was small, yet I was annoyed by it. Even a little despairing.  After fifty years of fighting for women’s equality, what did I have to show for it? Or others of my sex who had faced jail time and forced feedings to champion women’s rights? That afternoon, as I visited my mother in her retirement home, I came face to face with the depressing truth:  patriarchy was not only alive and well but buried deep within the female psyche.

As I say, the matter was small.  I wanted to arrange a haircut for my mother. The new beautician had altered prices:  $15 for a man’s cut; $20 for a women’s.

I explained my mother’s needs to the receptionist. “Her hair is short and thin. She needs a barber’s cut.  You know?  Short back and sides? That’s $15 isn’t it?”

Naturally, I frowned. “But why? Mom doesn’t need styling.  Just a cut.”

Heat rose to my cheeks as I spoke.  “I don’t see the logic.”

The young woman sighed as if I were a puppy that had peed on the carpet. “Because your mother is a woman. That’s why.”

“Oh!“I  cried, slapping my palm to my forehead.  “I get it.  She pays more because she has a clitoris instead of a penis?”

The receptionist gasped as I supposed she would.  Unfortunately, I knew she’d gasped for the wrong reason.

Rebecca Solnit recently published a wonderful essay about Harvey Weinstein.  In it, she explained that men like him never learned to listen to women. I can’t argue. It’s a given. What concerns me is that many women share his flaw. Instead of looking at me as if I’d spoken in Swahili, the receptionist at my mother’s residence should have spotted the pricing discrimination. She should have rolled her eyes to the back of her head in feminist camaraderie.  But she didn’t.  She imagined I was cheap.

Women have lived with the injustice of patriarchy for so long, it has become invisible.  In fact, Hollywood thrives on our inferiority.  Consider the number of films it releases that pass for entertainment, films depicting violence against women. Films about stalkers and serial killers. The abusers are little more than caricatures of Harvey Weinstein on steroids.  But does the girl sitting in a theater with a bag of popcorn see that?   Does she object to the victimization of her gender?  If she doesn’t, why expect greater sensitivity from men?

Do I exaggerate?  If so, I do it to make a point. Being a woman doesn’t mean all women understand they are oppressed. Some may even imagine they are liberated. Nonetheless, too many among us continue to wear Eve’s Biblical yoke of inferiority. That myth permeates all levels of our history, our laws, our culture. But how to destroy it?  Perhaps Solnit knows what to say to these women. Perhaps she can make them see.  For the moment, I am at a loss for words