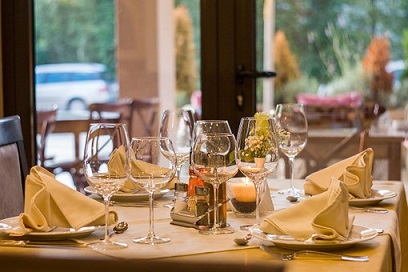 On Friday,  I complained I experience vertigo as a result of sharing the world with Donald Trump and his followers.  I don’t even know how to describe Trump.  Is he  a president or a cult leader?  A president or a would-be dictator?  Certainly, he is a celebrity.  As such, this may be a good time to acknowledge that in today’s society, being famous counts for more than how that fame was acquired.  Isn’t Ted Bundy getting his own movie?

Unlike the past, the fallen aren’t clapped into stocks so the righteous can throw tomatoes at them.  Who among us, today, would be worthy of casting the first tomato?  Perhaps that’s why society seems willing to give a pass to some well-publicized scoundrels — Charlie Rose, Michael Cowen and Les Moonves.  They continue to  frequent New York’s classiest restaurants, breaking their bread and sipping their wine with little evidence of remorse. (“Social Network,” by Horacio Silva, Town and Country, summer 2019.pgs/ 43-44)

Such behavior poses a question.  If an individual finds himself seated at a table next to Harvey Weinstein, what is the protocol?  Should that person glare at him? Offer several loud “tsk-tisks?  Or, if that patron is a feminist, should she toss her bread rolls at Weinstein’s head?  Only one rule is clear, according to writer Horacio Silva.  Never follow the villain into the bathroom.

The feminist is likely to heed Silva’s advice.  Others may  find it irrelevant.  A majority of us don’t dine at the Four Seasons.

The point I wish to emphasize, however,  is that society has become more lenient since  the days of Klaus Von Bülow.  That attempted murderer was so shunned by his peers, he skulked away to a foreign country. Truman Capote stayed to face his shunning. After writing a tell-all story about New York’s upper crust, his snub was almost royal.  He offered his apologies to anyone who would listen, but few did.  He was never allowed to come in from the cold, a condition which some say contributed to his death.

Snubbing doesn’t happen much today.  As Silva suggests, if sufficient time passes, a person can look forward to being forgiven.  At least, that’s true for New York City, and I’m sure it’s true for Washington D.C. where the distance between scoundrels is measured in inches.

Still, there is a grey area, as the writer implies, when too little time has elapsed to extend forgiveness.  So, how does one behave when seated next to celebrity miscreant at a fine restaurant? To be sure, if these scoundrels had any sensibilities, the problem wouldn’t exist.  They’d avail themselves of home delivery.  But they don’t have sensibilities, which was the problem in the first place.

On the other hand, wouldn’t it be fun to see the surprise in  Michael Cohen’s eyes if he were to find himself  at a table next to Robert Mueller’s?