Science In The Time Of The Pandemic 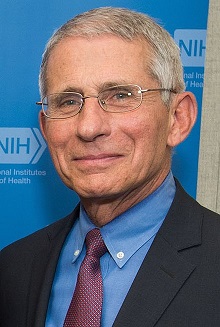 If the coronavirus is a hoax, as some preachers claim, I must admire the people who engineered it.  Over 30,000 casualties in this country, not to mention the 160,000 deaths worldwide. To accomplish this task takes more staging than one of Andrew Webber’s musicals.  So far, no one has claimed God is punishing any particular group. The coronavirus doesn’t appear to play favorites.

True, the pandemic arrives at an awkward time, just prior to the 2020 elections. Certainly, it has played havoc with Donald Trump’s golden economy, causing some Republicans to mutter that Democrats are eager to foment more disaster by keeping the country closed for business. To be honest, the political objectives forged by a coalition of Republicans and Evangelicals do seem about to evaporate. That must come as a disappointment because, in  Trump’s scant 4 years in the White House, the group has made great strides. A majority of conservative judges sit on the Supreme Court  and similar appointments are on the way for the lower courts. Betsy Davos is lauded for her efforts to dismantle public education and divert public tax dollars to religious schools.  In addition, the President has successfully branded the liberal press as purveyors of fake news in the minds of many. To help the message along, wealthy conservatives have purchased independent media outlets in the south and rural heartland of America.

In her recent book, Shadow Network: Media, Money and the Secret Hub of the Radical Right, Anne Nelson aligns the dots to explain how Republicans and the religious right got to be so cozy. It happened before Trump. The moment came in 1970 when the conservative wing of the Southern Baptist Church took control of the leadership. By 1981, they’d gained enough strength to form the Council for National Policy (CNP).  CPN isn’t an official affiliate of the church but it is an umbrella group pulled together by some of the church’s most influential members.  What the two entities, Republicans and Southern Baptists, shared was a distrust of the federal government, a sentiment which, Nelson speculates in the case of the latter, carried over from the Civil War when the church defended states’ rights with regard to slavery. Of note, too, was that some of these southern territories were oil-rich– Oklahoma, Louisiana, and Texas, for example. That CNP and the industry should join hands against federal interference was as natural as prayer.

Unfortunately, the virus has become a roadblock for conservative ambitions. They’d assume their power would grow with the nation’s fortunes. They’d become so rich and powerful, in fact, they abandoned any pretense of working with liberals. The environment, the rise of poverty in American, the existence of racial injustice? These were pebbles along the road as they marched toward a divine oligarchy. With so high a calling, they were inclined to dismiss academics, scientists and social thinkers who warned the country was splitting apart.  If it was, their plan was to purchase the half that served them best and allow the rest to wither.

Unfortunately, ambitions have no meaning to a virus. To defeat it requires knowledge. That’s why the elites are becoming the new voices of authority: epidemiologists, virologists, doctors, and nurses–people who can do more than pray.  They can heal.

It takes a virus, apparently, to challenge old ways of thinking. As a result, some people have begun to question the words they’ve heard from the pulpits and from politicians, men, and women who would rather save their economy and their power than save their own flesh and blood. How, I wonder, do these oligarchs who once decried Obamacare as a program that would lead to death panels justify their current indifference?

The dawning light that flows through this pandemic war may, I hope, provide lasting enlightenment to us all. Perhaps we will be reborn to a new tolerance.  And why shouldn’t that happen? As we witness the suffering of families–husband’s, wives, or grandparents left to cling to life on ventilators, uppermost in everyone’s mind is the question of expertise. Do these caregivers know what they are doing? It appears that they do as lives are being saved. If this raging pandemic teaches us anything, it is that we should value knowledge and that differences in beliefs, race or lifestyles pale by comparison. If that revelation stays with us, then I’m inclined to think that in the midst of suffering, we’ll have salvaged a blessing.