Rule That Should Be Broken 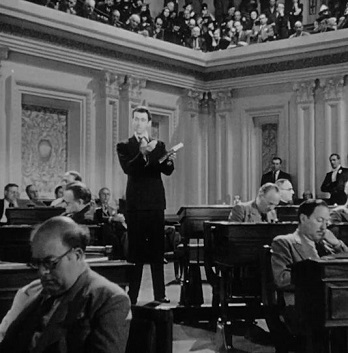 A man on Alabama’s death row had his sentence on appeal to the U. S. Supreme Court  during the final weeks of the Trump administration. The case was complicated so his request for a stay of execution reached the High Court just days before Christopher Price was to die by lethal injection. In part, he argued that Pentobarbital inflicted pain and terror akin to death by drowning.

Unfortunately, a majority of the jurists (5-4) voted to deny his petition because Price’s appeal was “untimely and, therefore, unworthy of a stay of execution.” One ProPublica journalist translated the verdict to mean that due to his untimeliness, the man was already dead.

Price lost his life on a technicality, a perversity in judgment among the jurists that boggles the mind.

In an earlier blog, I noted that rules unmoored from reality can become absurd. A culture needs guidelines, yes.  But when those in power apply them without reference to circumstances or in a manipulative manner, these rules weaken rather than strengthen the social fabric. In our politics, Gerrymandering is one manipulation. Voter suppression laws are another. Both can corrupt the integrity of the Electoral College and allow the candidate with the least number of popular votes to be declared the winner.

In our current partisan environment, where Democrats hold a slim majority in both the House and Senate, some people question the value of the filibuster.  They argue the device is undemocratic, a strategy by which former white slave owners maintained their advantage in Congress.  History doesn’t agree with that argument, however.

Those who support the filibuster insist it protects the rights of the minority. But, again, not everyone agrees. Opponents complain it can overrepresent the minority at the expense of the majority.

Both positions are true. A filibuster does allow a minority to use the rule as a delay tactic in the hope of negotiating a better outcome. On the other hand, when the divide is too great and the opponents evenly matched, a filibuster that requires  60 Senate votes for legislation to pass becomes a veto.  In this case, the minority rules and the filibuster subverts democracy rather than serve it.

Christopher Price died because the High Court decided his appeal was untimely. When the calendar takes precedence over life and death matters, society has reached a high point in absurdity.  When Senators cling to the fuzzy notion of bipartisanship when their opposition openly rejects it, they are behaving foolishly.  Circumstances matter.  In the current climate, the filibuster no longer protects our democracy and should be abolished.