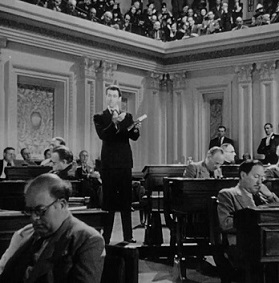 One evening this week, I listened to an expert’s advice on how to change the minds of unvaccinated people. He was selling an old technique called Active Listening. In this case, an individual repeats an antivaxer’s objections, so the person will be satisfied those objections have been heard. Being understood is the first step toward building trust.

Trust is the core of any relationship, whether it’s between a man and his dog, two people, or among members of society. If trust is absent,  people become tribal. Outsiders look suspicious. Worse, within the tribe, loyalty tests can become increasingly demanding. Eventually, proving loyalty begins to feel like a noose.

The tribal boundaries of “them” and “us” make it difficult for leaders of each group to take risks that will benefit everyone. To cooperate with the enemy may be viewed as a betrayal. Some leaders never take the risk.  They stay within the tribe’s belief system, mirroring it so exactly, it’s difficult to know who is leading and who is following.  One might ask if  Donald Trump heads the Republican Party or is pandering to its fears?

Those willing to accept risk to achieve the greater good invite criticism from their peers. Their tribal membership may be at risk. Ironically, that vulnerability is testimony to their desire to negotiate.

When shields get lowered, miracles are possible.  Think of Nelson Mandela talking with F. W. de Klerk to end apartheid in South Africa;  Gerry Adams sitting down with John Hume to hammer out the Belfast Peace Accord; Egypt’s Anwar Sadat signing a political agreement with Israel’s Menachem Began.

A current example might be Liz Cheney and  Adam Kinzinger breaking ranks with the Republican party to investigate the June 6, 2021, Capitol insurrection. Their tribe may come to reject them, but history is likely to honor their decision.

With the plethora of information and misinformation available on public platforms, it’s difficult to see where duty lies. For example, I want our economic system reformed and grow infuriated when I see Joe Biden and Joe Manchin behaving as if they’d rather see reforms die than eliminate the filibuster. In a democracy, why should the minority have veto power?

Sometimes, when I grow impatient with the legislative hold-ups, I write a scathing blog.  Or, I scream at the television when politicians report another stalemate.  “If you have the power, use it!” But, am I actively listening to myself? When did I become an advocate for “Might Makes Right,” the strategy of bullies and tyrants?

Might makes wrong. I know that as surely as I know the taste of salt upon my tongue. Hearing my screams, I’m forced to realize I have reached a point of cognitive dissonance. Passing an infrastructure bill strikes me as more important than protecting a political minority, particularly as the minority in question seems unworthy of protection.

In my world, defending the filibuster betrays the values of my tribe. Even so, I must ask if there is a larger picture?  With a country bloodied by divisions, is Might Makes Right the tourniquet to apply?  Will that stop the bleeding?  Will it restore trust among the tribes?

If the country is to heal, someone must choose to be vulnerable.  Someone must put down the cudgel and listen. Biden and Manchin may be those “someones,” along with Kyrsten Sinema. No doubt political calculations are part of their decision to defend the filibuster, but those calculations do nothing to tarnish the greater good they wish to achieve.

I’ve yet to convince myself this strategy will succeed. Even so, I wish these experienced politicians well. They know their colleagues better than I do. My contribution to their cause will be to stop screaming at the television and fight the cognitive dissonance within me.

Let good men and women stand for principle and let’s pray it works. If they succeed, then we may gain more than an improved infrastructure.  Beneath the rubble of partisan politics, we may find our democracy lives.