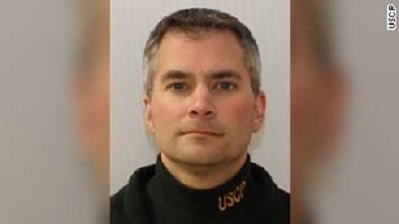 She heard the roar of angry voices in the corridor and ran to hide in the bathroom.  “Where is she?  Where is she?’  The masculine voice in the outer room was insistent.  Alexandria Ocasio-Cortez flattened herself against the wall as the door behind which she was hiding opened slowly, like the rusty blade of a jackknife.  Impatient, the intruder didn’t step into the room. “Where is she?” he cursed again before charging from her office.

Ocasio-Cortez let the silence fall, her heart pounding.  Minutes had to pass before she’d gathered enough courage to come out of hiding.  Finding the room empty, she sighed but being alone was no comfort. What if there was another intruder? Those angry voices seemed to be drawing closer.  Where could she hide.?  Her office offered no sanctuary, so she exited the room in search of a friendly face. The door of one college’s office was unlocked.  Ocasio-Cortez slipped inside and found Congresswoman Katie Porter, sipping tea.

Too terrified to explain her presence, Ocasio-Cortez reconnoitered the room, looking for a place to hide. Porter said nothing but sat wide-eyed.  Only when she’d had time to calm down did the uninvited guest state the reason for her sudden arrival. A moment later, a staffer joined them, breathless with news about an insurrection.

Shooting up from her chair, Porter bolted the door to her office.  Next, she rifled her closet for sneakers that Ocasio-Cortez could substitute for her high heels.  If the woman had to make her escape, she needed to be surefooted. After that, the three women huddled together in silence, listening to the bloodcurdling shouts that invaded the space through every nook and cranny.

In her past, Ocasio-Cortez had been sexually assaulted. She knew the terror of feeling helpless. She was feeling that way again. Only, this time, she was convinced she was about to die.

Similar scenes must have been taking place throughout the Capitol that day– the hunted in hiding, their hearts pounding, their minds chocked with the dread they’d never see their families again.

Outside, in the halls, the situation was dire. Outmanned and probably outgunned, officers sworn to protect others became victims, themselves, endangered by commanders guilty of poor judgment. Officer Brian Sicknick was murdered that day because of their negligence.  Others were beaten into senselessness.  One policeman called out while being pummeled with poles that at one end carried the American flag. “I have kids!  I have kids!” The words recalled a few in the mob to their humanity. They let him live.

January 6, 2021 will live as infamy in our memory, no less than the Pearl Harbor or the World Trade Center bombings.  Even so, that treachery bleeds a stain darker than the rest because the blood that flowed that day sprang from wounds Americans had inflicted upon other Americans. Dante was right to reserve the deepest pit in hell for traitors.

To the insurrectionists who insist they acted as patriots because they answered the call of a deposed President, their ignorance holds no sway. More scurrilous is the complicity among some members of Congress who, rather than examine their conscience, counsel the county to “move on.” As George Washington warned, we would be wise to “Guard against the impostures of pretended patriotism.”

The laurels of that day belong to officers, like Office Brian Sicknick, who performed their duty despite the odds, and to the elected officials who, having been terrorized, crawled from their hiding places and on shaky knees made their way to the House Chamber.  They remained in that seat of government until the early hours of the following day, intent to record every vote until the will of the people was secured.

Modern drama deserves a modern quote, sometimes.  To ring the curtain down, I’ve chosen one from A Game of Thrones, attributed to George Martin.

Bran thought about it. ‘Can a man still be brave if he’s afraid?’

‘That is the only time a man can be brave’ his father told him.