Primer On How To Lose A Democracy 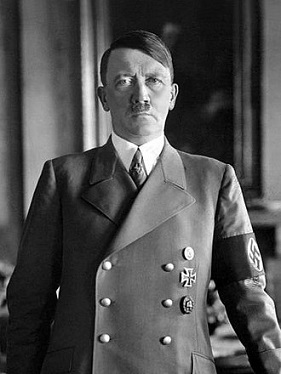 Mary Trump, Donald Trump’s niece and his ardent critic, lashed out at actress Susan Sarandon the other day.  Sarandon, who is a left-wing activist, had remarked that Democrats were a “do-nothing” party and that voting for them was pointless. Mary Trump replied that the difference between Republicans and Democrats was tantamount to the difference between fascism and democracy, which made voting critical.

Moisés Naím, a Venezuelan journalist and now a Distinguished Fellow with the Carnegie Endowment of International Peace, worries about the hollowing out of democracy which comments as Sarandon’s reflect. (“The Dictator’s New Playbook,” Foreign Affairs, March/April 2022, pgs 144-154.)

That hollowing out begins when people fear they are on a downward economic and social trajectory. It ends in their devotion to leaders who validate their fears. That shared dystopian view establishes a bond between the leader and the followers. If the bond grows strong, individuals may come to see an attack on their spokesperson as an attack on themselves.  The unquestioning loyalty that follows drives out reason and logic. When Donald Trump, our 45th President, said he could shoot someone in broad daylight and his supporters would applaud, he was right.

To enhance loyalty, autocrats cast suspicion upon critics, creating a “them” and “us” mentality. Once that breach is established,  the most outrageous lies are possible. The goal isn’t to brace against the truth but to muddy the water. In the ensuing confusion, followers will commit crimes against their government in the name of patriotism. The January 6, 2021 assault in Washington D. C. is an example.

Abraham Lincoln once said, Nearly all men can stand adversity, but if you want to test a man’s character, give him power. Once savored, weak leaders seek power as an end in itself. As Naim explains, they will alter voting rights in their favor, discredit and jail opponents, compromise the courts, end term limits, and silence the media.  (Ibid, pg. 150.)

Whether the autocrat is left-leaning or conservative, the steps to power are the same. So are the results–a government riddled with corruption. A government where a few grow rich at the expense of the many.

People who think like Sarandon fail to understand our system of government does matter. It matters more than kitchen table issues–the price of groceries and gas. Democracy is at stake. Without public debate, without a free press, without the assurance of just courts, everyone except the autocrat and the cronies loses. One party in our two-party system has fallen to a corrupt leader.  If we love freedom, we are obliged to support the one that remains. It has the largest tent and debate is still possible.