Planet For The Apes 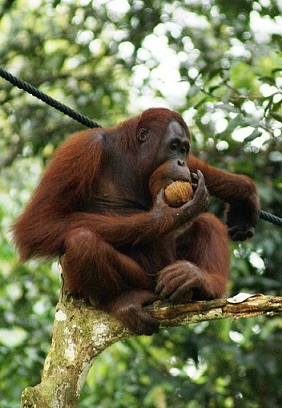 Democracy can’t be left in the hands of the rich, I’ve decided.  No, I’m not a socialist or communist or any kind of “ist.” But this pandemic has demonstrated with needle-sharp clarity that Scott Fitzgerald was right.  “The rich don’t think like us.” If anything, he underestimated the difference. It’s doubtful rich and poor share the same reality. In fact, I’ve come to wonder if those who have piles of money see those who don’t as human.

Here’s an example. A rich New York maven recently escaped to her estate in the Hamptons to avoid being infected with Covid-19.  Not intending to live without her conveniences, she brought her household staff which, beyond the housekeepers and cook, included a hairdresser, a manicurist, and a masseuse. When a wealthy neighbor dropped by for visit, she was quick to point out that one member of the entourage had a rasping cough. The maven swung around to see where her friend was pointing, then uttered a sigh of relief.  “Oh, you needn’t worry. That’s the nanny.” (The Week, May 15, 2020, pg. 32.)

Not alone in her belief that employees are little more than pets, consider the demand of members of her tribe who live in  Beverly Hills,  a city with one of the richest populations in the country.  Incensed that so many Covid-19 patients were gobbling up beds at the local hospital, they descended upon city hall to insist the council guarantee a number of spaces for patients who, despite the pandemic, chose to undergo a facelift or a tummy tuck. (Ibid, pg. 6.)

CEOs of large corporations seem to lack conscience as well. With their army of attorneys, accountants, and bookkeepers, they marched to the front of the line for government grants meant to assist small businesses. They almost got away with it because the little guys were occupied with making sense of red tape.

Had I been charged with writing our Constitution, I’d have made certain no one with lots of money would ever hold public office.  I mean the rich no disrespect, but they don’t live in the world of ordinary people, so they shouldn’t be allowed to make rules that govern them.

Of course, my argument breaks down because it assumes that common men and women have common sense. Unfortunately, the pandemic suggests otherwise. For example, medical experts make it clear that for the duration of the pandemic, people in public spaces should wear masks and maintain a 6-foot distance between one another to prevent the virus from spreading. Yet, a number of citizens don’t seem to listen.  Why? As far as I know, Covid-19 has no effect upon hearing.  Still, large swaths of common folk ignore suggestions meant to keep them alive. A few complain about infringements upon their civil liberties.

The virus, of course, knowing nothing of philosophy, welcomes these lapses in common sense to wreak havoc upon the human population. Even so,  people throng to rodeos, beaches, and coffee houses eager to assert with their sweaty, exuberant right to clump in herds. I begin to think this planet might be better left to the tender mercies of the apes.