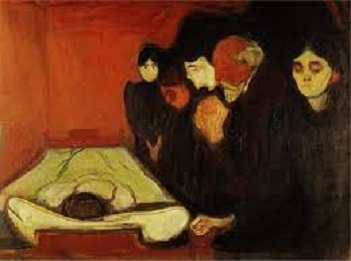 Last week, I was in the checkout line of a grocery store.  In my basket, I had two items, small boxes, which together totaled nearly $70.  A young man ahead of me waited for the clerk to tally his bill, but before he handed over his money, he turned in my direction to ask if he could pay for my groceries.

I smiled, presuming he’d had some good fortune and wanted to “pay it forward.”

Nonetheless, I rejected his offer.  Little old ladies with small boxes shouldn’t be underestimated, I warned him.  Our upkeep can be as costly as  Lady Gaga’s entire wardrobe. He grinned when he heard me and I watched as it grew broader when I assured him he’d won his gold star for kindness, despite my rejection. What mattered was his desire to do good.  Seconds later, he walked away from the checkout with a light step, happy, I suppose, with my assessment.

A few hours later on Facebook, I read the lament of a young woman.  Feeling out of sorts, she wondered if she had much in common with her peers. She felt alone as if she were the last leaf in autumn to fall from the tree.  What she seemed blind to were the number of friends who had responded to her remarks, assuring her that she was admired and valued as a friend.

Naturally, I couldn’t help noting the incongruity between her perception and reality.  In her dark moment, the people with whom she felt she had no connection felt they had one and gave her their support. I hoped she’d come to see and appreciate her riches.

Ironically, moments when we feel alone present an opportunity for growth. Having the problem and fixing it isn’t always straightforward, however.  Sometimes the solution requires thrashing about, especially when, like Alice in Wonderland too many doors confront us. We fret over which is the right one to enter. Which door is the best choice for us?

To solve the puzzle, we must accept that uncertainty and probability guide the universe. Given how mathematics works, the number of solutions to a problem could be infinite. Our universe, for example, could be one of many, each conforming to various combinations of natural law.

What we do know is that each time our cosmos changes, it seems to learn. This phenomenon has led scientists to wonder if learning requires consciousness? If so, is the universe aware of itself?

Closer to home, the young man at the grocery store and the young women on Facebook represent different stages of self-knowledge. Both are learning. The first has reached a temporary epiphany. The second feels stuck and alone. In a universe bent on change and where success is often measured in “a higher rate of reproduction,” neither state is permanent. Both worlds will tip again.  To attempt to stand still is to declare war with the universe. It’s a battle that can’t be won.

More than once, I’ve written we humans would do well to carry death with us as a part of our consciousness.  Our dissolution is inevitable. Weighing what we do on this earth against what we know will come should give weight to our decisions about who we want to be. We know little about death, of course, except for some religious hocus-pocus about mansions in the sky.  I bend my thoughts on life, therefore. As the French Renaissance thinker Michel de Montaigne once wrote, when we teach men how to die, we teach them how to live.

Yet it’s fair to ask what can we learn from a subject we know so little about? One hospice doctor thinks he has a clue and has co-authored a book based on his study of 1400 dying patients. He’s discovered that near the end of life, the dying have many visitors. I’m not referring to grieving relatives but those from the other side.  Old friends, a deceased spouse, a lost child, a former schoolmate. These dreams, the author Christopher Kerr insists become increasingly vivid as death approaches. Mostly, they are comforting.

They help the dying reunite with those they have loved and lost, those who secured them, affirmed them and brought them peace. They heal old wounds and restore dignity and reclaim love.

Are these visits a final call to be reconciled with the feelings of isolation that haunt us? Certainly, they bring calm to the dying.  But is that calm an illusion? Is it a revelation? Or does it matter? The underlying truth is that when we feel we are alone, it is because our thinking makes it so.

To feel oneness as gurus speak of it, we must remember that death is part of a continuum that invisibly binds us. If we chose to celebrate oneness, we’d do well to follow the example of the young man in the grocery store.  What should occupy our daily lives is our effort to pay fellowship forward.