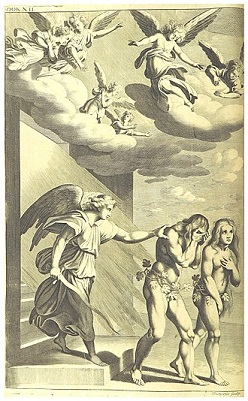 “The rubicon (sic) has been crossed. The fire of revolution has been lit.”  So wrote a representative of the white supremacist group the Proud Boys on Telegram, after the January 6, 2021 insurrection.  (“Capitol Insurrection,…” by Cassie Miller and Hannah Gais, Southern Poverty Law Center, Fall 2021, pg. 8) Like other neo-Nazi groups, the goal of this all-male organization is to recruit other “disenfranchised White males.” (Ibid, pg 8.) Their appeal extends beyond young hot-bloods and includes middle-aged men from all walks of life who fear cultural movements like Feminism and Black Lives Matter. They prefer an “apocalyptical war” above change. (Ibid. pg. 7)

The country has seen movements like this before. Most frightening was the German American Bund, a pro-Nazi organization led by Fritz Kuhn in the  mid-1930s.  The six-minute film clip, A Night at the Garden shows how close this movement came to becoming a force in U. S. politics. Surprisingly, it was supported by prominent citizens like William Randolph Hearst and Charles Lindberg. If Japan hadn’t bombed Pearl Harbor,  an attack that united the country, our democracy might look different.

Current neo-Nazi organizations make good use of the internet. They find social media platforms are ideal because the algorithms are designed to  “instill[] feelings of resentment in people.” (“We Make Mistakes,” by Michael Edison Hayden, Southern Poverty Law Center, Fall 2021, pg. 12.) That the internet is fluid also helps. Far-right comments barred on one site can migrate to another with a simple name change. (Ibid, pg. 12.)  Owners of these platforms make noises about shutting down far-right activities, but these groups have helped to make Jack Dorsey of Twitter  “one of the richest men on earth.” (Ibid, pg. 13)

The internet also makes finding donors easier than in the past. Some of these supporters are well-heeled and make contributions through Donor-advised funds. (DAF) These are charitable funds structured to allow contributors to be anonymous.  In addition, donors not only keep control of the money, but they enjoy tax deductions, as well. As Eric Hoffer presciently wrote in The True Believer, the “…preaching of revolution find[s] a more ready response among people who see limitless opportunities… (The True Believer, by Eric Hoffer, Harper & Row, 1951, pg. 49)

Revolutionaries and entrepreneurs may seize upon the possibilities inherent in chaos, but the Republican Party seeks advantage, too. A largely white male-dominated organization, one writer suggests that many of its members are an amalgam of Tea Party conservatives and QAnon followers. They may wrap themselves in the flag of patriotism but they seed doubts about our institutions. They’ve even managed to cast suspicion on our medical system during a pandemic. They exhort us to take back the country, but they intend to destroy it.  No wonder Elmo is confused.

Ordinary citizens feel they have nowhere to turn when leaders tell lies. Donald Trump is world-famous for his distortions, but other Republicans equally confound.  Mitch McConnell, Senate minority leader, has a history of flip-flops. Consider his contradictions vis-à-vis appointing Supreme Court Justices; corporate America’s role in politics; the peaceful transition of power, and his statements about the January 6, 2021 insurrection. If he has convinced himself these opposing “truths” are seamless, then he has lost touch with reality or he stews in corruption at a level worthy of Dante’s last pit in hell.

Watching the evening news can feel like a stroll through the Inferno. But those imbued with reason shouldn’t despair. Finding themselves in a political storm, they should drop anchor and wait. Doing so may feel like defeat, but it is the opposite. To stand firm while keeping a strong grip on America’s core values signifies a determination to express those values in the next election. They also serve who stand and wait. (On His Blindness by John Milton)