What A Piece Of Work Is Man! 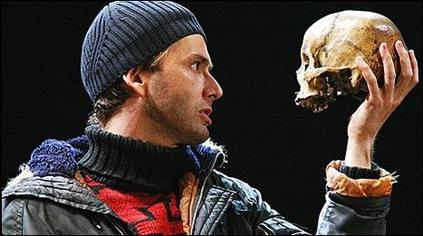 A child, noting structural similarities between a human brain cell  and the universe, asked a lecturer about the latter: “Where’s the body?” To eliminate the confusion, the speaker explained that as the laws of physics exist everywhere in the universe similarities exist, not to be confused with equivalence. Fractals, for example, geometric patterns that repeat endlessly on any scale, are responsible for much of that similarity. Nonetheless, brain tissue and the universe are dissimilar.

On some other occasion, another scientist might have answered the question differently. He or she might have pointed out that the similarities we imagine result from Apophenia, the brain’s tendency to perceive patterns or draw connections that are random or meaningless.

Recently, researchers have turned to spectrum analysis–technology that allows scientists to study objects on a molecular and galactic scale– to reexamine the similarity question.  So far, they’ve discovered, “Not only are the complexities of the brain and the cosmic web actually similar but so are their structures.” In other words, like Doctor Who’s magical Tardis, the small human mind can mirror the nearly infinite.

I was deep into my contemplation of these mysteries one afternoon when a rap at my door jolted me to my feet. The clock’s hands stood at 1 p.m. The cleaning women had arrived with their plethora of mops and brooms.

Breathless with surprise, I greeted them as they entered the hallway.  One of them had worked at the retirement center for a few years.  A woman in her mid-thirties, she had a plump face with pleasant features and was 8 months pregnant.  Her hair was tied in a bun at the back of her head, a feat that must have been difficult given that the strands were long and silky.

Her companion was of approximate age, though her face was haloed by patches of bleached hair, reminiscent of squares on a checkerboard.  How she’d managed the design or why escaped me.

“This is my last day,” the first woman said by way of greeting.  The news didn’t surprise me.  Her baby was due in a month.

I answered her remark with a question. “When will you be back?”  We’d grown used to each other and I would miss her.

“I’m not coming back,” she sighed, then dumped her clearing supplies on the kitchen counter. “My diabetes is out of control.  I’m carrying too much water and it’s threatening the baby’s life.  I have to have a C section.  My husband earns enough money, so I’ve decided to stay home with the children .”

My impulse was to give her a consoling hug, but Covid-19 prevented me. The best I could do was to sound encouraging. I told her I’d once been diagnosed as pre-diabetic but had licked it by giving up sugar. “Look around you,” I said as my hand fanned the circumference of the room. “Not a sugar cube in sight.”

The woman opposite me allowed her brown eyes roll toward the back of her head.  “I have three children at home. I can’t eliminate sugar.”

My impulse was to argue because I felt the children were an excuse.  “Cut the sugar FOR  them!” I wanted to say. But I kept my mournful silence, even though I could imagine these youngsters 20 or 30 years into the future, obese like their mother and grappling with diabetes.

I knew this woman cared for her offspring. If necessary she would have worked three jobs to provide for them.  What she couldn’t do was teach them to prefer an apple instead of a donut for dessert.

Sugar is a national addiction and we have the sugar industry and the products that flow from them to thank for it. These cartels catch us early, allowing us to believe our craving is nothing more than innocent pleasure—the way we used to think about cigarettes.

Reason is no weapon against pleasure, I’m afraid. Like straw caught up by the wind,  it disappears before us as we stroll down the candy aisle. How strange that each of our brains can map all of the planets and all of the stars and all of the galaxies yet hold a scant understanding of its inner universe.