The Overstory Of Trees 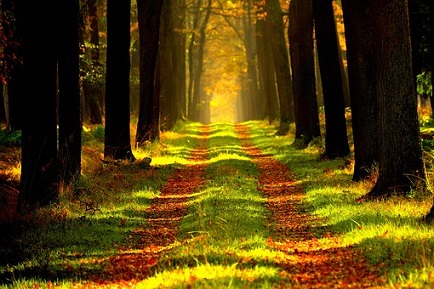 Shakespeare often threw his characters into the green world of the forest.  After stumbling through acres of trees, they eventually discovered their inner selves.  Midsummer Night’s Dream is an obvious example, but the king in King Lear, after being pummeled by a storm, also gains wisdom.  Of course,  R. R.Tolkien, author of Lord of the Rings, thought so highly of trees, he invented some of his own.

The message is, simple.  Nature can change us.  “It’s a subliminal thing,” explains Geoffrey Donovan, an economist with the forest service in Portland, Oregon.  (“A New Leaf,” by Jackie Mogensen, Mother Jones, May/June, 2019, pg. 67.)

We know greenery in a city impacts its inner life. Research out of Philadelphia validates that its presence, particularly in the form of trees, improves air and water quality, reduces storm run-off, stores carbon and enhances property values.  Less intuitive is how nature affects crime rates — which it does. According to one report, neighborhoods, where vacant lots are left, abandoned see more incidents of wrongdoing than in neighborhoods where the lots are planted with trees and grass. In the case of violent crimes, the difference can be as much as 29 %. (Ibid pg. 67.)

Cincinnati discovered a similar correlation.  When the city’s ash trees had to be cut down because of blight, violent behavior increased. (Ibid, pg. 67.)   In 2001, Illinois published a landmark study that established a similar link between greenery and crime. (Ibid pg. 66)

How do we account for the calming effect trees have on humans?  No scientific research exists to explain it. Nonetheless, religions often incorporate tress into their rituals.  The Druids worshipped them.  And the Christmas tree in Christianity is another of faith mixing with greenery.

No doubt we sense a link between ourselves and our giant cousins.  After all, like us, they sleep at night.  But more likely, we are aware of them as sentient beings that, in some ways, are superior to ourselves.  They are larger, live longer, and exhibit a greater simpatico with the environment than we humans.