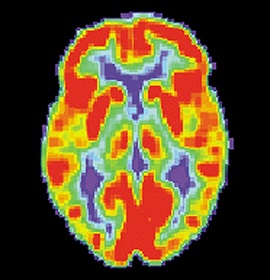 A man pulls his car over to the side of a road to provide assistance to another man whose vehicle has a flat tire.  The response is common. Most of us know the frustration of a stalled car. Sharing a feeling with someone is called compassion. Sympathy, on the other hand, is a guess. I’ve never had lung cancer, but I can imagine a sufferer’s fears.

Compassion and sympathy are essential emotions in civil society. Having walked in another person’s shoes or having the ability to envision what the experience might be like creates a bond that encourages members to pull together.

Of course, behind that assumption lies the belief that human brains work alike.  Surprisingly, as science plumbs the organ for its mysteries, they’ve discovered physical differences that moderate behavior. I’m not talking about what happens in the case of brain disease but about brain development. Here’s an example. Many of us marvel that President Trump can hold sway over so many of our fellow citizens when he’s been found guilty of fraud in the courts and identified as a pathological liar by investigative reporters and some of his cohorts. Even Trump seems a little surprised by his cult-like status, bragging he could murder someone in broad daylight and be forgiven. Certainly, when Republican Senators refused to call witnesses during his impeachment trial, their actions gave credence to Trump’s boast.

We can explain why some elected officials risked our Constitution and our democracy. They were motivated by graft.  But how do we explain why Evangelical pastors would resist as fake every charge leveled against the President. In fact, the greater the number of accusations, the more likely they are to insist some calumny is at work.

Of late, science may have stumbled upon an explanation for blind faith. Normally, a reasonable mind is obliged to reevaluate prior opinions when faced with a new set of facts–a skill imperative to personal survival. Imagine, for example, you are walking through a jungle that seems calm when you come upon a fresh set of lion spoors. Would the new information make you alert? Or would you discount the evidence in light of what you already know?

Most people would opt for a new assessment but not all.  After an exhaustive study, Dr. Jordan Grafman of Northwestern University has discovered that when one or two areas of the prefrontal cortex are damaged, reassessment becomes difficult if not impossible. Causes for the damage vary: alcoholism, trauma, both physical and psychological, are among them.  But one cause surprises: religious fundamentalism. Over time, coerced patterns of rigid thinking impair the brain’s ability to process new information. The phrase “use it or lose it,” seems to apply.

In the future, scientists will look for genetic causes for this form of brain malfunction, as well. But for now, we know rigid religious indoctrination can shut down areas of the prefrontal cortex and leave a person unable to accept information contrary to pre-established beliefs. This new evidence poses a new question.  Can compassion and sympathy prevail when a society is of two minds?