Free Will — Does It Exist? 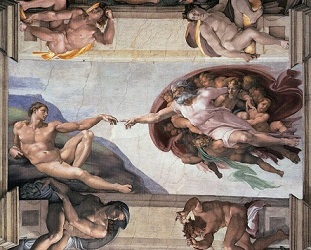 Recently, someone on Facebook broke into a political discussion to suggest the debate was irrelevant. Life was predetermined and free will didn’t exist. The comment took me back to my undergraduate days as a student of philosophy. Even so, I didn’t reply. I knew kissing my elbow would be easier than proving the proposition either way.

Recently, neuroscientists have attempted to apply science to the question. Using machines that measure brain waves, they focused on the role of neural activity in decision-making. What they found was an interval when the brain readied itself to take an action before the conscious brain knew it was going to do so. Based on that evidence, researchers concluded free will did not exist.

Others who repeated the experiment came to the same conclusion.  But, one pair decided to run the date backward. When they did, they discovered neural-noise played a factor in decision-making. Neural-noise occurs when neurons fire in their attempt to communicate with one another.  When enough of them fire in the same area, they create an interval of pause where free will might exist. It helps me to think of neural-noise as being like quantum soup.  It provides randomness where the unexpected might occur.*

This fresh evidence has reopened the door to free will. As such, the John Templeton Foundation and the Fetzer Institute intend to hold a joint conference on the subject next year. The event will probably spark worldwide discussion until some new technology enables us to discover more about ourselves.

No matter what we humans decide about our fate, for me what remains is a larger question. How will I live once we decide what is true? Will the knowledge change the way I part my hair in the morning? Will I dare to eat a peach?

* For more details, read Bahar Gholipours’ article in the September edition of The Atlantic.