Corruption In The Palace Of The White House 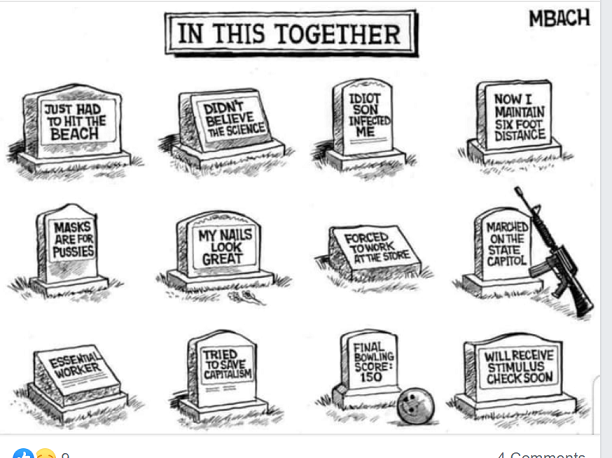 Is the Covid-19 virus masculine or feminine?  That’s a conundrum the Académie Française settled recently. The decision fell to the feminine, “la.” How they drew this conclusion would be an interesting discussion to hear. No matter. The decision is final.

The pandemic, as I’ve written before, has not only changed the way we live but has infected our vocabulary.  Covidiot is a new word to describe a person who ignores warnings from the Center for Disease Control’s (CDC) about public health and safety with regard to the virus. Infodemic is even newer. It refers to a growing network of misinformation.   (“The Infodemic,” The Week, May 22, 2020, pg. 11.)

Sadly, much of the misinformation stems from the White House. Nearly 100,000 Americans have died from the virus thus far, yet our president insists that soon it will disappear like magic.

Rumors and conspiracy theories, as we know, thrive best in turbulent times.  We also know the reason.  Fear forces people to seek ways to escape danger, and it’s amazing what some are willing to believe to do so. They burned witches to counteract the plague, didn’t they?

An alternative to pointing fingers is to pretend the threat doesn’t exist.  People flock to beaches, hold wild parties or cram into a restaurant as if every day were Spring Break. They seem to have caught not a virus but a death wish.

Of course, this bizarre behavior pales when compared to the conduct of the general population. A malaise, other than the virus,  seems to have spread across the country—a malodorous fog of corruption that emanates from the White House.  We may hold our noses, but who cries out against the outrage–the numerous firings of men and women guilty only of honesty.  Why are we silent, when former White House staff, felons all, come creeping back into the light, sans suntans and dyed hair, to be welcomed by a forgiving Attorney General?

Where is the insurgency against a President who is unraveling of our Constitution, our democracy, and our personal freedoms? The hallowed halls of the U. S. Senate are silent.  But wait.  Perhaps I am mistaken. Was that another whispered objection from Susan Collins at the firing of another Inspector General? Dare we hope to be saved?

Do not attempt to answer the question. It is rhetorical.