Belief Is In Evolution 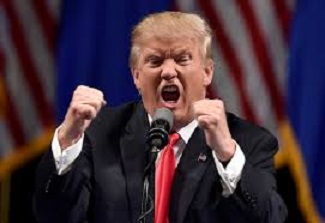 I may have told this story before, but while in public office and after a day of fierce debate on social policy, I stepped down from my dais and stormed into my office with a staff member following in my wake.  My voice as dripping with incredulity as I turned to complain to that young man about one of my fellow commissioners. “How can the woman be so hypocritical?”

When I paused to take a breath, the staffer had the temerity to point out I had been hypocritical, too. He went on to explain my error while I stood listening with my mouth hanging open.

We humans like to think we are rational creatures.  If someone makes an error in judgment, we presume all he or she needs is a good dose of information. If we were rational beings, that might work. But we aren’t and education can add to the problem. In fact, individuals who know a little about a subject tend to use that knowledge to twist and defend their wrong-headed opinions. That’s what Mikael Klintman argues in his book, Knowledge Resistance: How we Avoid Insights from Others.

He insists it’s not the absence of knowledge that causes people to cling to lies as if they were self-evident truths. We do it because reason generally gives way to social rationality.  Social rationality is shorthand for the hangover of our prehistoric days when bonding with our group was more important than facts because it meant personal survival.

That instinct for self-preservation runs deep to this day and explains why people will swear to fantasies like Pizzagate or listen to the rantings of QAnon— a cluster of Donald Trump supporters who believe the president is aligning himself with Russia to prevent Barrack Obama, Hillary Clinton, and George Soros from taking over the government.

I know of no antidote for human irrationality, except to acknowledge our frailty. Better yet we should surround ourselves with individuals who, like my staffer, are willing to speak truth to authority.

Aristotle observed that man is a social animal centuries ago. Reason came late in the development of the human brain. Against our irrational impulses, it is a weak soldier.  Intuitively, our president, Donald Trump, knows this and uses irrational fears to maintain his power. It also explains his willingness to undermine science. Even so, none of us can afford to feel superior to his irrational impulses. When we peer into the face of our glorious leader, we’d do well to recognize a part of him is us.