Being Of Two Minds 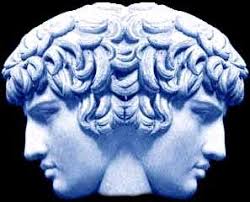 That fiction can serve truth as well as history is my long-held belief, though I base that judgment on intuition rather than science. Understandably, when I came across an article that upheld that belief, I made note of it. The author, Esther Jones of Clark University, cited a 2016 study in Social and Personality Psychology Compass that found reading fiction “involves a process of ‘dual empathy’ simultaneously engaging in intense personal  processing of challenging issues, while ‘feeling through’ characters, both of which produce benefits.”

Simply put, fiction does more than reflect reality. It expands it, doing so by exposing the reader to the odd, the fanciful, or strange, but at a distance. Distance is important because it allows the imagination to grapple with complexities that otherwise might be threatening. Jones concludes, “Agile habits of the mind, may produce resiliency and creativity the everyday life and reality typically do not.”

A second study augments this view.  Dual reality exists not only in fiction but in our daily existence and is most active when we attempt to understand the mental state of someone else. Sometimes we do it so well, we find ourselves saying, “I know what you’re thinking.” According to this study, “The ability to think about another person’s mind is one of the most sophisticated adaptations of human brains.”

When we attempt these mental connections with others, we are not only acknowledging what’s going on in the world but we are extending our efforts to understand another point of view. That stretch is the same Jones attributed to fiction reading in that it increases the brain’s plasticity. How far can that plasticity go?  For a hint, we need only observe the degree to which long-established couples tend to mirror one another.

Given the brain’s ability to accommodate to other world views, a person would think societies would clump together like iron bits to a magnet. But we know that isn’t the case. Societies can fall apart. The key to cohesion demands shared information and personal motivation. When those two factors aren’t in alignment with the main group, individuals who feel challenged tend to double down on what they imagine they know and treat contrary information as lies. (Sisters In Hate, by Seyward Darby, Little, Brown &Co. 2020, pg. 199.)

Followers of Tradwomen, a movement gaining traction on social media, is a prime example. Its members are women who oppose feminism and falsely believe its values oppose traditional ones, like homemaking. They hearken, instead, to what they call historical models–not of those 1950s and 60s but to agrarians times when work in the home was thought to be a legitimate arm of the family’s economy. They take an interest in natural foods, scratch recipes, herbal remedies, and home crafts–interests which aren’t antithetical to feminism, by the way. The point of disjuncture lies in the tradwomen’s belief that men have the final judgment in all matters.

I am not clear how these women arrived at this last conclusion. My brain isn’t plastic enough to embrace a mindset that chooses subservience over equality. I do know they are drawing upon traditions that have oppressed women for centuries rather than to have served them well.  To conflate obeisance with “honored status” exhibits a capacity to embrace a mind-bending contradiction. Some might call it a form of madness.  Since I sometimes think we are all mad, it’s difficult to judge, however.