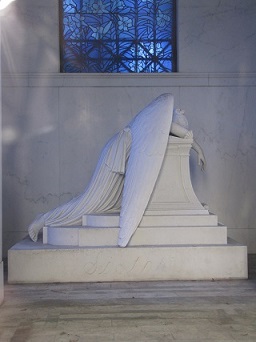 In the midst of the George Floyd tragedy and the protests that have followed, this might not be the time for a calm debate on how to reform the justice system in this country. Nonetheless, cries to dismantle our police forces are troubling and need to be addressed.

I agree change is necessary.  For too long we’ve allowed men and women to carry guns on our street with no agreement on what their psychological profiles should be. As a result of our neglect, the racial bias that exists among the ranks leaves society partially to blame. Before we restructure or eliminate policing, I would ask that we accept our culpability,

To be fair to the police, we have expected them to cure the ills of our society with a baton, expecting them to sweep “incorrigibles” off the street and into our jails so that we needn’t be discomforted by our failure to address the needs of the homeless, the mentally ill, and those suffering from addictions, to name a few. Yet we know these people aren’t criminals. They are the poor — victims of an economic inequality that falls heaviest on minorities.

Though long aware of this imbalance, we’ve put little pressure on our political system in either Democratic or Republican administrations to create reforms that would place our most vulnerable under the proper care of social workers and mental health experts. Instead, we’ve found jails to be a cheaper solution.  Feel free to charge the police with callousness, but recognize that we have abetted that callousness.

Regarding the current demonstrations, however, I do sense a change in the air. People of all ages, faiths, and races are joining together to make peaceful demands for social reform. That’s happened before, of course.  But today’s demonstrators may have a deeper understanding of what it will take to bring change about. I cite, as an example, a recent incident where a 32-year-old police officer found himself alone in the midst of angry protesters.  Expecting a beating or worse, he cried out in his defense.

“We do care, man. We do care!” Then he braced himself for the charge, certain his words had fallen on deaf ears. But the charge never came. One black young man did hear and stepped forward to place his body between the officer and his fellow protestors. His companions were no doubt taken aback.  Even so, seconds later another black man joined the first. Another followed and then another until they’d formed a protective line around the trapped man. What’s more, they held that line against the objection of their peers until help arrived.

Stunned, the police officer told reporters later, “They saved me. There’s no doubt about it. I am beyond thankful.”

He was partially right. Those black young men had saved him.  But they had also saved themselves. Seeing their reflection in the eyes of a stranger, they recognized a shared humanity. That was the moment they listened to their better angels. The miracle of healing began and I hope it will continue.