On Being Politically Woke 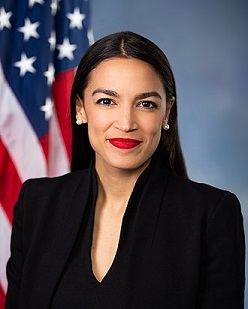 James Carville is 77, a political strategist, and a popular guest on news shows.  Like all of us, he’s enjoyed successes and defeats.  His most spectacular achievement occurred in 1991 when he was the lead strategist during Bill Clinton’s successful bid for the White House against incumbent George H. W. Bush. Since then, his folksy accent and knock-out verbal punches have made him a sought-after pundit.

Alexander Ocasio-Cortez (AOC) is 32, completing her second term as a Democrat in Congress, and young enough to be Carveille’s granddaughter. Like him, she has a way with words, hurling them on occasion like lethal weapons. These retorts have earned her enemies, particularly among conservative Republicans. Most vehement among them is Paul Gosar. A representative from Arizona, he has released a short cartoon in which he murders her.

Gosar’s conduct is despicable.  An individual who thinks intimidation is okay has no business drafting laws. He should be removed from office.

That Republicans have remained silent about Gosar is no surprise. But Carville’s criticism of AOC is. A fellow Democrat, he complains she and her congressional cohorts are too “woke” to be an asset to the party. They speak like private college graduates he rales, making it difficult for voters to understand. In reply, the Congresswoman sniffed that no one savvy said “woke” anymore.

Her retort lacked panache. Ageism is youths’ common weapon against the elderly. Trust me, kids, the barb has no sting. Most of us who walk a little bent know we are old. The accusation only makes your demands for an inclusive society seem hypocritical.

I’ve been hard on AOC in the past, but I admire her spirit and believe she will be a valuable legislator one day. She is earnest, honest,  intelligent, and appears to do her homework. Her vote against the infrastructure bill, however, may be too convoluted for the public to digest–which is an example of Carville’s fear. To say she supported the bill but voted against it because of trust issues not only sounds naïve but it won’t fly with voters seeking good-paying jobs.

Carville could help with AOC’s messaging. And he should try. The pair share the same objectives: save the planet, universal health care, fair housing, decent wages, a justice system that works, opportunity for all…  Being older and wiser, he’s the one to hold out the olive branch. Why bark about AOC’s exuberance when he knows she represents the coming wave. If Carville wants to help the Democratic Party, this senior citizen should make peace, not war, with the future.