Nostradamus Couldn’t Have Predicted This 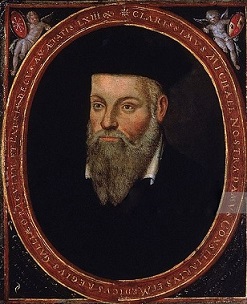 Like pandemics of the past, Covid-19 will probably leave lasting social change in its wake.  A person doesn’t have to be Nostradamus to predict that contagions usually alter the course of human life. The Black Plague broke the back of the feudal system, for example. (“How Pandemics Change Society,” The Week, May 29, 2020, pg. 11.) With large swaths of peasants wiped out, Lords were forced to negotiate with their remaining serfs to keep them on the land, earning workers rights and freedoms that led to modern capitalism.

Today, some predict the facemask will become a permanent part of a person’s wardrobe. But more than cosmetic change, a global catastrophe seems to have awakened in some of us an increased understanding that we must work together if we are to survive as a species.  Take the European Union (EU) is an example. Poorer member nations have been brought to their knees financially because the virus has shut down too many businesses for too long–Italy and Spain being among the hardest hit. In the past, a financial request from a destitute nation was usually met with grumbling.  Not this time.  This time, two of the richest countries, Germany and France, have proposed that the EU take out $545 billion in loans to help impoverished members—an unthinkable generosity when Greece encountered hard times a few years earlier.  (“The World at a Glance,” The Week, May 29, 2020, pg. 8.)

The criminal class also has been forced to adapt to  Covid-19. Mexico is a good example. Drug cartels are drowning in cash because, according to special agent Ray Donovan,  “With all the stores and shops closed down here, they don’t have…the means to quickly launder money.” Profits pile up with nowhere to go. The result, says Donovan, is that $100,000 caches found in past raids easily surpass $1 million today.

Funnily enough, these huge losses have forced the cartels to look kindly upon people they used to exploit or murder. Rather than lose money to law enforcement, the crooks have set up charities to distribute food and other necessary supplies to their former victims. A little goodwill, they reason, might strengthen their base.  (“The World at a Glance,” The Week, May 29, 2020, pg. 8.)  Not even Nostradamus could have predicted an El Chapo branch of the Red Cross.