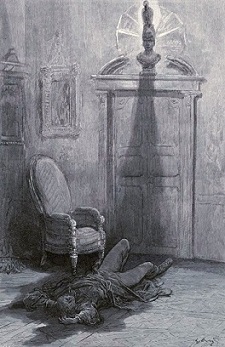 I’m thinking today about the ways Covid-19 has rendered our society dysfunctional. We seem to blame the virus for much of what’s happened of late.  For example, I scheduled a  phone conference at 10 a.m. last Friday with one of my computer gurus. We had planned to do a trial run on Zoom for my book discussion series Just Read It. Unfortunately, 10 a.m. came and went yet the phone remained silent. At 11 a.m. I posted my first email to the guru and when I received no reply, I posted a second message at noon. It, too, remained unanswered. As this guru* is reliable as sunrise, I began to imagine he’d been struck down by the virus. By 1 p.m.,  I stopped waiting and decided to salvage what remained of the day by turning my attention to tasks I’d put off for some time.

My first call was to my local credit union.  The branch had been closed for several weeks, and I was curious to know when it would reopen. The clerk who answered blamed Covid-19 for the closure and had no idea when the facility would reopen.

Not satisfied I replied. “Two competing credit unions and three banks in the area are open and had, in fact, never been closed. Why the holdup?”

I heard more burbling about the virus. But when I continued to press, the woman, seeming flustered, confessed. “The problem at your branch is that it gets too much traffic.”

“Too much traffic?” My voice sounded like a rusty bike wheel. “That makes no sense.  Are you using the virus as an excuse to save money?”

This time, the voice that replied was frosty. “I’ll pass your concern along to management.”  That said, she hung up.

By now, Nimbus clouds were gathering in the late afternoon sky, encouraging me to hurry along to the next task.  My latest edition of Vanity Fair had failed to arrive, and I’d decided to find out why. The subscription doesn’t expire until December 2020.  Fortunately, I’d been prescient enough to save the customer service number years ago and promptly dialed it.  In fact, I dialed the number not once but three times.  Each message was the same. “This phone number has been disconnected and there is no new number.”

By now that cloud-bank had blotted out the sun.  The effect was to throw shadows across my computer screen reminiscent of a raven’s wing. Was this an omen? Hurriedly, I googled the magazine’s website. A cheery banner popped up:  “Access is Everything.”

Heartened, I examined the menus’ choices. Nothing related to the recovery of a lost issue.  Stumped, I did what most people would do. I hit the “help” button.  New options appeared. Again, none were relevant. Only when I reached for my magnifying glass to read a line of fine print at the bottom of the page did I discover the number for customer service.

Naturally, my fingers flew rather than walked across the dialer. Time was my enemy.  Shadows were creeping through the crevices of the windowsills. I felt threatened and had no idea how long it would take for the electronic pulses I was sending to cross three thousand miles.

Sooner than expected, the phone rang at the other end of the line. A voice penetrated the speaker. Hearing it, my heart took a sudden leap. Then, I heard the message. “This phone number has been disconnected and there is no new number.”

A high-pitched scream pierced the air, sharper than an executioner’s ax. Was the scream  mine? Or was it the cry of an angry raven? I didn’t know, but I was aware the entire day had been a paean to futility and through it all, I’d forgotten to eat lunch.

Ravenous, I headed to the kitchen and tossed cold cereal into a bowl. As I added milk, I ransacked my mind for a reason to explain my day.  Covid-19 was too flimsy an excuse for so much disruption.  I questioned that the virus was the sole reason for our present morass. Shoddy service, long waits, and disconnected numbers are a sign of something more systemic. They are symptoms of organizations that put their bottom line above service to the public.

I  hallucinate you say?  My suspicion is mad? Then test my theory. Call the Center for Disease Control (CDC) to ask for the latest Covid-19 statistics. But be advised. Keep a plate of sandwiches nearby as you’re likely to get hungry.

*My guru? He escaped his confinement to play in the sun and forgot about me. That behavior I do ascribe to the virus.