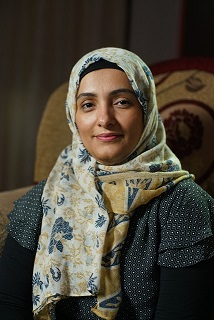 While Donald Trump’s acquittal at the end of his impeachment trial was predictable and despite the President’s reputation for reprisals, the country witnessed the courage of several patriots who spoke truth to power. We know them now as their names have been written into the annals of American history:  Marie Yovanovitch, William B. Taylor Jr, Lt Col. Alexander Vindman, Doug Jones, Kyrsten Sinema, Joe Manchin, and Mitt Romney.

For some, Trump’s retribution has been swift. Vindman has been removed from his post and Romney has suffered merciless attacks from fellow Republicans, cowards who knew the truth and should have voted with him.  Thank heavens for comedians like Stephen Colbert who have attempted to ease our sense of shame with laughter; but satire will not suffice. To restore decency to our country there will be upheaval.

That we, as a nation, are focused on the struggle ahead and the dedication required of each of us to restore sanity to this nation, we should take heart from similar battles taking place around the globe–evidence that a few good women and men can face down injustice. We have only to look to Yemin, a dot on the Middle East map, a civilization of dust and blood where everyday people are taken away to secret prisons and tortured. There, one female attorney, Huda al-Sarari, and a band of dedicated cohorts, members of the group, Abductees Mothers Association, confront a brutal regime that is supported by the United Arab Emirates and the United States.

Daily, these women face danger to themselves and their families.  “Some mothers in the group have lost two or three of their children.” (“Spearheaded by Women,” by Anna Bianca Roach, Ms. Magazine, Winter 2020, pg. 17.) Still, they persist in their opposition. Because of their work, to date, 250 detainees have been released, but it’s a fraction of those missing, the exact number only a tally in the minds of grieving mothers.

Patriotism exacts sacrifice.  The mothers of Yemen are paying it. Those of us in the United States who oppose the Republican President and his band of cronies pay little by comparison. For most of us, all that is required is to register and to vote.