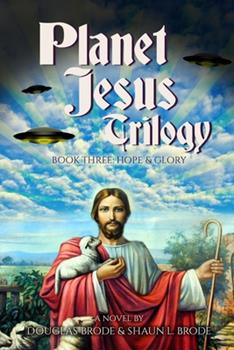 The promo for the book read as follows: Might Jesus have been a bisexual female ancient-alien? A must-read…Where the New Testament Enters the Twilight Zone. (Mother Jones, Sept/Oct. 2020, pg. 2.)

“Wow,” I thought. This novel has everything an agent wants.  It’s “fresh,” yet “trendy,” and few have a bigger following than Jesus. I’ve no doubt we’ll see more alternate versions of the Son of God, just as we did with the vampire slayers whose heroes range from Emile Dickinson to Abraham Lincoln.  If churches charge blasphemy, so much the better. Sales will soar higher than the courting cries of a screech owl.

Unfortunately, chasing success makes writers craftsmen rather than artists. They are the people who build whatever magazines, newspapers, and agents want. Studying the market makes for income and name familiarity with each successful publication, so I don’t criticize.  But I hope we all know art springs from a different well.

Concerning art, we know money has the power to influence either for good or evil. I bear that in mind each time I contribute to an organization that offers theater grants to women who are past their puberty but who wish to continue their careers in acting, directing, or staging.  That is a good thing, I think. Nonetheless, being mindful of money’s lure, I wouldn’t be surprised  over the next few months to see bookstore shelves crammed with novels about a vampire Jesus.

In a similar vein, I recently read, the film academy has set new standards for the Oscars. To promote more opportunities for minorities, people living alternate lifestyles, and those with physical handicaps, the industry has altered eligibility requirements for film nominations. Though winning an award has no attendant prize, its prestige translates into lucrative box office sales, so the incentive to conform is real.

Actress Kristie Alley and a few of her cohorts have cried foul about the changes.   “Control artists, control individual thought…OSCAR ORWELL,” she tweeted.

Her complaint drew a backlash, and she was called a racist. She needn’t worry.  She has plenty of company. If a person isn’t of color, the charge of racism is impossible to avoid. Isabel Wilkerson reveals why in her book, Caste. White people who insist they are color blind, or who brag about having black friends, or who feel free to criticize the overt bigotry of others are attempting to “convince themselves on a conscious level” that either consciously or unconsciously, they are without prejudice–behavior, some say, which implies the contrary.  (Caste, by Isabel Wilkerson, Random House, 2020, pg. 68.)

The argument is a tautology, of course, a perfect circle. By definition, all white people are prejudiced, either consciously or unconsciously, because of their historical position of privilege in society. As there is no defense against definition, Alley would do better to avoid arguing against the “perfect circle” and stick to the main issues which are relevant to everyone: the nexus of creativity, money, and social responsibility.  That’s a debate worth entering.