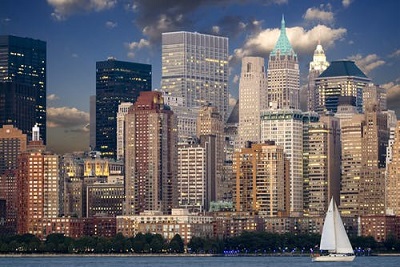 Donald Trump, our 45th President and a real estate mogul of a later generation, admits the same.  What’s more, the newest tax law, of which he is proud, awards him and other land barons benefits afforded no other business.  (“no taxes…taxes” by Patrick Clark et al, Bloomberg Businessweek, April 29, 2019, pg. 26.)  The windfall from these tax breaks flow into lobbying effort to defend the status quo or spreads the savings around as generous political contributions to  members of Congress. No wonder, as one university tax law professor noted, “real estate tends to be politically powerful in Washington…”  (Ibid, pg. 26)

Of course, the superrich have other places to park their money besides Congress.   As I’ve written before, collecting art is a particularly popular form of tax evasion.  A painting that hangs on a wall provides no tangible income unless the collector decides to sell. Until then, it may appreciate for years, serving as silent collateral for a lavish retirement.

Depreciation, the opposite of appreciation, also befriends real-estate tycoons.  Donald Trump admits he loves depreciation. With it, he and others of his tribe derive an offset against tax liabilities.  Some can last for a lifetime.  Investing in an opportunity zone is one example. Local and state governments use tax waivers to entice developers into economically depressed areas. To be honest, some of those areas are already on the upswing, but that’s the subject of an earlier blog.

The bottom line is that real estate developers in opportunity zones are seldom losers.  If the depressed community  thrives after urban renewal, the  developer makes money.  If it doesn’t, depreciation will offset other profits for years to come.  It’s a win-win solution.

At the risk of repeating myself, I chose to do it anyway.  Taxing the superrich to redistribute wealth in our country is a fool’s game.  How many ways must I say it? The super-rich don’t pay taxes.  If you refuse to believe me, believe Leona Helmsley.  Believe our 45th President.  The only way to attack the maze of loopholes in our laws is a flat tax.  It treats all money the same  — as an asset.