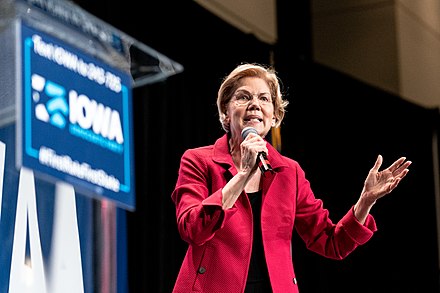 I support Elizabeth Warren’s bid for President of the United States.  She has plans to address our multiple problems.  I admit I couldn’t swear by any of them.  Take her wealth tax plan, for example.   Generally speaking, a wealth tax works like this: “You calculate a household’s net worth, then charge an annual levy on the amount above a certain

Interestingly, Germany and several other European countries have tried a wealth tax but abandoned it— France among the most recent. For the United States, a wealth tax may even be unconstitutional.

Most folks agree that wealth in our country needs to be redistributed with greater equanimity. That the “10 wealthiest Americans got $163 billion dollars richer over the past three years,” doesn’t seem fair when they “paid taxes on less than a quarter of those gains.” (Ibid pg. 27.)

Nonetheless, I wonder if we really have to throw out the baby with the bath water to achieve greater fairness. If Congress had the will to close many of the current loopholes and would hire enough IRS agents to provide oversight, our government’s coffers could swell to provide healthcare for all Americans, improve our schools and address the problem of homelessness.

If I’m dubious about Warren’s wealth tax, why do I support her? Well, after three years of Donald Trump, I choose someone who cares about the economic burdens of working people, someone who has been dedicated to their cause for years.

I’m aware other candidates espouse the same cause. But Warren is a confessed capitalist. She knows how money flows and how the banking system, as well as the economy, works.  If we are going to wrest money from the hands of oligarchs and large corporations we need more than sentiment.  We need someone with savvy.  And who knows, with Warren’s energy and dedication, she might make the wealth tax work.