How To Reduce The Divide Between Rich And Poor 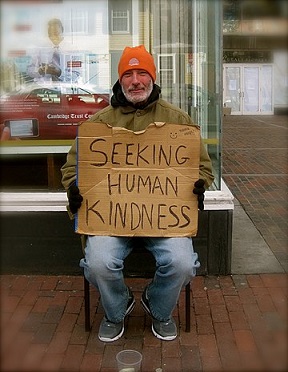 When Raphael Bostic became the first African American Fed president in the 106-year history of the central bank, he noted that since ours is a capitalistic democracy,  policymakers should create more economic opportunities for minorities and the poor. (“The Americans Left out of the Boom,” by Max Reyes, Bloomberg Businessweek, June 29, 2020, pg. 26.) As the child of a Costa Rican parent, I know that working two jobs never got my mother ahead of her bills. Her example taught me hard work is no guarantee a person will accumulate wealth. Rather, it would be easier for a person to become canny about the stock market. Sixty-one percent of white Americans are aware of this fact and trade assets through their retirement plans.  Only 31% of African Americans do the same, while a mere 28% of Latin Americans follow suit.  Why?

The reason is simple. Most minorities are poorly paid. They live from hand to mouth as my mother and I did.  That doesn’t leave money for savings of any kind. Even so, if they had surplus cash, few of the working poor would know how to invest.  At least, that was true for my mother. It was not true for me, however. Having the benefit of an education and a job that allowed me to save, I gained an advantage. However, my pension and my social security wouldn’t have been sufficient to provide the comfortable retirement I enjoy today.  What made the difference were my investments and pure, dumb luck.

My journey to a comfortable retirement began in the1970s, while I headed a teachers’ union.  One summer afternoon, two bankers walked into my office.  I was expecting them as they’d made an appointment, but I had no idea why they wanted to see me. They arrived on time, wearing identical blue suits, white shirts, and ties.  One of them carried a briefcase and this he sat on the floor beside him while he and his colleague settled into chairs opposite me. Next, he opened the briefcase, took out some papers, and began to acquaint me with a newfangled investment instrument called an Individual Retirement Account. (IRA). My spine stiffened. What I didn’t want was a sales pitch. Nonetheless, I listened politely and eventually got interested in what they had to say. I asked them why they hadn’t approached the school board with their plan, and they admitted they‘d already received a cold shoulder. The bankers had  come to me for help to breach the wall because IRAs would benefit the people I represented.

After asking several more questions, being satisfied, I agreed to help them. My next move was to pick up the phone and arrange a meeting with the superintendent and his assistant.  The rest, as they say, is history.

I opened my IRA with the maximum $2,000 allowed and put my money into shares I’d heard the bankers mention between themselves. It was a poor way to invest, but I was greener than the color of money.  When my earnings grew, I put some of the surplus into the shares of a local company that I knew was solid.  Before long, my account had grown to $40,000. No longer “chump change,” in my view, I decided to find a broker.  Happily, a friend steered me to a good one and despite the market’s ups and downs, I’ve been his happy customer for 40 years.

Simply put, helping minorities become members of the investor class is a far, far better way to spread wealth than moralizing about inequality. Money is color-blind. Just as IRAs and other employer plans have benefited middle-class white Americans, it can help minorities, too.

Bostic is right to advocate for more economic opportunities for the poor. As early as middle school, students should learn basics about personal finance, entrepreneurship, and investing.  The working poor can paddle themselves out of poverty.  All they need is a bigger oar.