Exclusivity Has A Price 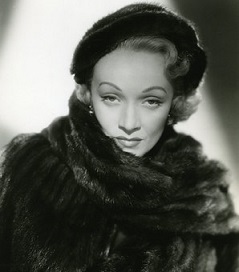 The rich don’t think like us.  For example, some of the early blue-blooded dynasties like the Rockefellers, Carnegies and Morgans, obtained their wealth by questionable means and sometimes on the backs of the American worker.  Today, not much has changed.  Three billionaires, Bernard Arnault, Francois Pinault and Stan Kroenke, are buying up the Bordeaux wine country in France, setting land values so high, they are driving out the small vintners who have tended the vines for  generations. Are these men bothered that their fat, wallet-sized egos are altering a centuries-old way of life?  Apparently not.  (“Billionaire Land Grab,” by Jay McInerney, Town&Country, Summer, 2019, pg. 64.)

If wine were the only arena endangered by the rich, it might be tolerated, but their carnage lies all about us.  As I’ve previously written, they’ve made it more difficult for a bright student without connections to be admitted to a prestigious school.  Endowments have enabled those of lesser merit to take their place. True, this form of bribery has existed for years.  The new twist bypasses the institutions, where the bribe might have done some good, however.  Nowadays, it goes directly to the gatekeepers who use it to pad their retirement portfolios. (“Is Your Money Still Good Here? By Norman Vanamee, Town&Country, Summer 2019, pg. 62.)

People who flash money to gain privilege aren’t  better than anyone else.  They’re simply in a position to be venal.  But, as we already know, wealth exacts its price.   It alters the brain.   Not only are the wealthy less compassionate than the rest of us, but their presumption that they are the chosen makes them vulnerable.

Here’s an example.  Tucked away the Swiss Alps lies a very private and very expensive medi-spa run by Clinique La Prairie (CLP).  (“The $100,000 Fountain of Youth,” by April Long, Town&Country, Summer, 2019, pgs. 84-85)  For years, CLP has charged exorbitant fees for a series of treatments comprised of lamb fetus cells, said to renew youthful vigor.  Today, these treatments cost between S25,000 to $40,000.  Mick Jagger is a believer, as once was Marlene Dietrich. (Ibid pg. 84.)

Given that these cells must be renewed every 18-24 months, one would assume the clinic is a financial gold mine.  Even so, its CEO Simone Gibertoni is inventive.  To increase his coffers, he has hit upon a new principle, the principle of exclusivity.  Achieving it is no small feat in a place “where exclusivity already reigns supreme.” (Ibid, pg. 85.)

The new luxury is a chalet available to those willing to shell out $100,000 a week to prove they can.  True, the views and treatments are the same as those in the main compound; but the residence comes with a private cook, a masseuse and a butler, among other goodies.  The menu remains vegan, as it is for the other guests, and like them, the chalet resident must abstain from sugar, coffee, dairy and alcohol.  The sole advantage of living apart from the other superrich is to flaunt the price tag.

The treatment, by the way, has long been deemed bogus. But, that was never the spa’s appeal.  It’s the exclusivity “darling,” something only money can buy.

Vanity is a human characteristic which, upon occasion, makes fools of us all.  The sole difference between the rich and poor is that the former have sufficient wealth to be practiced in the trait.