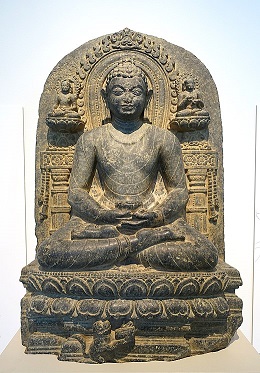 Being someone who meditates for enlightenment, I decided to bend my thoughts to the state of our democracy. My reason for doing so was this statement: the public has more confidence in the military than any other national institution. (“Crisis of Command,” by Risa Brooks et al, Foreign Affairs, May/June 2021 pg. 73.)

Militaries are not natural bedfellows of democracy. So far, the United States has never suffered a coup. Nonetheless, citizens shouldn’t fall blind to the role the armed forces play in our democracy. The Department of Defense is a civilian institution meant to sit astride eight branches of the military.  But the military controls its flow of information and several of its members have chosen to serve in Congress.

General Mark Milley, head of the Joint Chiefs of Staff, shows no reluctance to engage in politics. He was In Lafayette Square when Donald Trump threatened political demonstrators with the wrath of his army. Later, Milley initiated a private conversation with his Chinese counterpart after the 2021 election.  He said he wanted to quell China’s fears after Trump’s defeat. Some question his authority to do so.

Among the defendants in the January 6, 2021 insurrection were veterans.  They arrived at the Capital in military gear and, in the name of patriotism, sacked it.  They also threatened the lives of public representatives, only to return home to run for elective office themselves. Many of them won.

EROSION # 1: Citizens of democracy fail their country when they rely upon the military to defend their institutions.

Our Founding Fathers intended for the bulk of the government’s power to rest with Congress. They were leery of a strong presidency. Nonetheless, ongoing tussles between the White House and the Capitol presented the judiciary (Maybury v. Madison) with the opportunity to assume more authority than originally envisioned.

Their reach has grown to an alarming point. A majority of Americans refuse to believe companies are people. The Supreme Court in  Citizens United disagreed.  Their decision allowed a tsunami of money to flood into politics and corruption with it.  The country needs corrective legislation, but expecting  Congress to reform itself is like hoping a hungry infant will pull its mother’s tit from its mouth.  Nonetheless, the truth is indisputable. Citizens United widened the gap between rich and poor.

EROSION #2: Citizens of democracy fail when they allow unelected bodies to govern.

The Fairness Doctrine died in 1987. It had required licensed broadcasters to air both sides of controversial issues. Its repeal gave us  Fox News and an unregulated social media where 55% of Americans get their information.

The Glas-Steagall Act, gutted in 1999, prevented financial institutions from speculating with depositors’ money. In 2007-2008, with restrictions removed, banks played roulette in the housing market. That led to its crash and a recession that lasted for many years. The Dodd-Frank Protection Reform of 2010 reinstated some protections. But, in 2018, Donald Trump and the Republicans gutted it, too.

EROSION # 3: Citizens fail when they remain silent as Congress repeals laws meant to protect the public.

On my social media page, someone called President Joe Biden a “weak suit,” meaning he was unable to govern.  Facts show otherwise.  In his first year, he delivered on many campaign promises while managing the pandemic.

EROSION #4: Citizens fail when they are uninformed.

On Veterans Day, we will remember those who died for our country.  What about the rest of us? What are we willing to do to protect our democracy? That is something upon which to meditate.