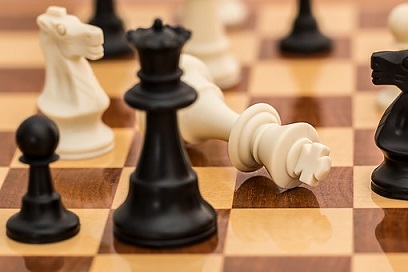 I’ve never played chess but I have played a little politics and from where I sit, the Democrats need to refine their strategies to take control of government.   Too many of its shinning stars are lining up for the Presidential race.  Instead, candidates from red states who aren’t already in the Senate should be registering for those campaigns.

Yes, there’s a risk.  Donald Trump, our 45th president, continues to be popular among conservatives, though why is a mystery. (The Senate,” The Week, May 24, 2019, pg. 17.)   Besides his hatred for immigrants, blacks and the poor, his support for war crimes should  make him repugnant even to his constituency.  Not only does he support water-boarding but his thirst for torture and vengeance extends to killing family members of our enemies.  His recent pardon of 1st Lt. Michael Behenna, after  the man’s heinous murder of an Iraqi prisoner, is breathtaking.  Worse, as of this writing, he is considering more pardons of this nature.

Trump’s determination to see patriotism in behavior others might describe as terrorism is creepy, like a stroll through Japan’s Suicide Forest.  Unfortunately, his stance gives cover to those who would normally be marginalized.  But these are not normal times.   A symbiotic relationship seems to be forming between the marginalized right and United States Senate.

At the helm of that august body stands Mitch McConnell, a man who displays a blanket fear of any idea left of Attila the Hun.  “Sorry, we’re not going to let a bunch of socialists govern.” (ibid, pg. 17.)  He is flanked by a cabal of men, like Lindsey Graham, individuals who are also rabid in thought.  Some even believe it’s just to execute a woman for exercising her lawful right to an abortion.

The correct way to play the current political game isn’t to field 23 candidates for the presidency.  The democratic imperative must be to take the Senate. The White House, alone, is a Pyrrhic victory.