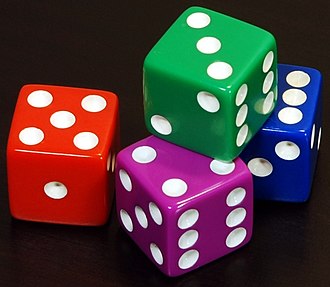 Knowledge is power said Elizabethan Francis Bacon. The father of empiricism, or modern science, put his faith in the observable rather than the spiritual. Studying nature was enough to glorify God, he said. Since then, mankind has amassed a store of information in subjects far ranging as medicine, the cosmos, and modern technology.

Despite the enormity of that reservoir, technology has allowed us to back up most of it on 25 DVD-sized disks of pure nickel. One set, called The Lunar Library, crashed on the moon by design on April 2019. It contained a 20-million-page arc of human history and civilization covering cultures, nations, languages, genres, and epochs.

One fact alarmed me as I scanned some of the data. The average lifespan of most nations is 336 years.  After that, a civilization’s demise is partly self-inflicted, and partly the product of outside pressures like climate change and environmental degradation, bureaucracy, social inequality and war.

As our country is 246 years old, it’s time to ask how we are faring.  Artificial intelligence (AI) can help us probe for answers, especially with the help of algorithms that allow systems to “educate” themselves.  But is their learning reliable?

According to one authority, no. Henry Farrell points out that the more we study algorithms, the more we discover they are susceptible to human error, not in their mechanics but the assumptions people unwittingly build into them. The Russian invasion of Ukraine, for example, could be faltering because the military made wrong assumptions about how Ukrainians would respond to the invasion. (“Spirals of Delusion,” by Henry Farrell, et. al, Foreign Affairs, Sept/Oct. 2022, pg. 170.)

What programmers leave in or out of algorithms opens the window to chance. “Garbage in.  Garbage out” as they say.  Democracies have an advantage over autocracies to correct errors because they aren’t bound to an ideology.  In the rough and tumble of the public form, open societies reach a consensus more closely aligned with the truth. (Ibid, pg. 170.)

Surprisingly, the opportunity for error increases with self-taught AI.  Here’s one conundrum.  When algorithms survey public attitudes on a topic, are they studying the remarks of constituents or those generated by bots? (Ibid, pg. 180.)

Error is the mother of uncertainty. As a consequence, error opens the world to chance and that makes life a crapshoot. How does a person live in an unpredictable environment? Writer Virginia Heffernan has an answer.  We embrace uncertainty.  Luck, as she defines it, is a spontaneous mutation signaling improbability over which we have no control.   (“Everything Happens for No Reason,” Wired, Issue 30.09, pg. 12.)

In her view, good luck is an attitude, and she cites a study that backs her up.  The research revealed a correlation between those who think they are lucky and a positive state of mind.  (Ibid, pg. 14.)

People who believe in the will of God share the same perspective, which is reasonable. Statistically, luck and prayer perform about the same. Prayer offers comfort. Good luck comes as a welcome surprise. What matters, says Heffernan, is that we’re only as lucky as we think we are.

When we suppose we are lucky, we employ ways to reinforce our point of view. A patient who learns he has a brain tumor is likely to conclude,  “I’m lucky the doctor caught it.”

Those who embrace chance show resilience. Envy doesn’t poison their self-image. If Jeff Bezos is a multibillionaire, they don’t conclude he worked harder than anyone else. Or presume he’s smarter than anyone else, more gifted, or more talented. In their worldview, Bezos got lucky.

When we realize luck isn’t a gift from God or the result of hard work hard or even the result of being born in the right circles, Heffernan says we reach a state of “secular grace.” (Ibid pg.14.) Free of bitterness and envy, we come to realize we’ve already won the lottery. Think of the long odds against being born. …the chances of the precise sperm colliding with the exact egg in the right fallopian tube and convening to make you—or me—are so low as to be undetectable with human mathematics.  (Ibid, pg. 12.)  When we realize we are all winners, we can relax and enjoy the day.