Light At The End Of The Apocalypse 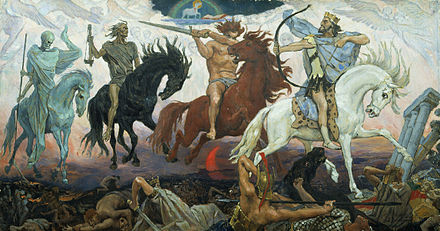 The 2020 election is probably one of the most strange in American history.  We have a president whom some experts believe is mentally ill and who is so desperate to win reelection, he refuses to disavow support from QAnon,  a cult-like group that believes “deep state” officials are cannibalizing babies. Meanwhile, Republican Senators who hold the voting majority are rushing to fill the Supreme Court vacancy left by Ruth Bader Ginsberg’s death. Their choice is  Amy Coney Barrett, Ginsberg’s s ideological opposite.

The speed of her appointment isn’t as unusual as Democrats suggest. In George Washington’s era, justices were confirmed on the day of their nomination. (“A Sea Change For The Supreme Court,” by Laura Davison, Bloomberg Businessweek, October 5, 2020.pg. 41.)  What’s confusing is House Speaker Nancy Pelosi’s refusal to respond to cries for help from women’s rights groups like The National Organization for Women (NOW). They have called Barrett’s nomination “dangerous and illegitimate,” based upon her written opposition to a woman’s right to an abortion.  But Pelosi has thrown their cause overboard, preferring a war cry with greater popular support: healthcare.  (Ibid, pg. 41.)

The Speaker’s decision may be good politics, but it lacks principle. If progressive women can’t look to Pelosi in a time of crisis, who will champion their cause?

That person won’t be Barrett who clerked for conservative Supreme Court Justice Antonin Scalia and whose opinions on women’s rights issues and gun control weren’t conservative enough to suit her. She is a Biblical jurist who makes religious dogma central to her life. “In a 2006 Notre Dame Law School commencement speech, she urged graduates to direct their legal careers  toward ‘building the Kingdom of God.’” (“A Sea Change For The Supreme Court,” by Laura Davison, Bloomberg Businessweek, Oct. 5, 2020, pg. 41.)

Barrett’s upcoming appointment may shift the ideological center of the Court, according to some pundits.  (“Changing Roles on the Bench,” by Greg Stohr, Bloomberg Businessweek, October 5, 2020, p. 42.) If so, they see the person most likely to save  Roe v. Wade will be Brett Kavanaugh, the man whose own appointment to the Court drew NOW’s ire.

Uncertainties like this one about the Supreme Court have been a wake-up call to those who took our democracy for granted.  They’ve decided that neither the White House, Congress nor the Supreme Court can preserve rights they once believed were inalienable. As a result, they have decided to come to the aid of their country. And how great that response has been. Traveling miles and standing hours in long lines, they wait for their opportunity to vote.

We the people… Slowly, ballot by ballot, individuals are imbuing these words with power. “Let freedom right,” they are saying, and my eyes tear with joy to hear it.

Sometime next year, more light and joy will come.  Science will perfect a vaccine for Covid-19. Again, we will hold our families and friends near, though this time we will be cognizant of that privilege.

Let  Republican scallywags rush to appoint Amy Coney Barrett to the Supreme Court. Their conduct reflects an awareness that their end is nigh.