Life In A Time Of the Coronavirus 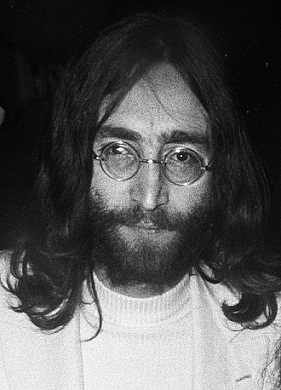 With everyone’s eyes glued to statistics about the coronavirus, our attention to other upheavals falls by the wayside.  Three prominent men accused of sexual crimes against women are facing the consequences. Woody Allen lost his book deal. Prince Andrew faces a criminal investigation.  Harvey Weinstein looks forward to life in prison. Add to the mix the one-day strike women pulled off in Mexico City to protest the government’s failure to address femicide in their country. Mexico’s President shrugged, called himself a victim of sexual harassment and said the strike wouldn’t do much to hurt the economy.  If I were him, I wouldn’t poke a stick at that hornet’s nest.

While Mexico roils, England’s withdrawal from the European Union leaves a financial hole in that body, making it clear to all those who are the net payers and those who are the recipients.  Germany fears it will be expected to pick up much of the lost revenue.  Austria, the Netherlands, Denmark, and Sweden, all net payers, have asked for a cap on their obligations. Poland and Hungary, poorer countries,  want spending levels to continue.  With the advent of the coronavirus, the British may consider their departure from the EU timely.

On the other hand, maybe they shouldn’t get smug. Writer Joy Lo Dico speculates that England may despair at its loss of the European waiter.  By training and tradition, continental waiters take pride in their work, seeing it as part of a courtly tradition–a service “considered a life-long profession, rather than something you fall into for want of anything else to do.”  British servers, Dico notes, lack the same background.  They are, she remarks, “riven with resentment about deference,” and that “doesn’t lend itself to the culture of service.” In England, like America, waiting tables is the default position for actors, musicians, and painters.

Dico may have a point. Waitering is sometimes a performance art. I’ll never forget the young server who delivered an omelet to my table with a deep curtsy.  “For you my lady,” she said.  After the laughs, she explained she was getting into character for a small part in a Shakespearean play.

Of course, one needn’t be a hungry thespian to wait tables. Sommeliers are better paid, observes writer Jay McInerney.  Being a wine expert makes a difference. In fact, some Sommelier schools include the art of storytelling and a bit of showmanship in their curriculum. Who hasn’t admired the ritual: presenting the label, uncorking a bottle and with a twist of the wrist, pouring wine along the inside of an empty glass? But the curtain may be descending on these performers. Smartphones have placed wine expertise at everyone’s fingertips.

Perhaps as we wait out the coronavirus, we should use the time to contemplate our own endings, being frail creatures on a sometimes hostile planet. Are we ever really in charge of our lives? Or is it all an illusion? John Lennon gave us fair warning. Life, he said, is what happens when we are busy making other plans.