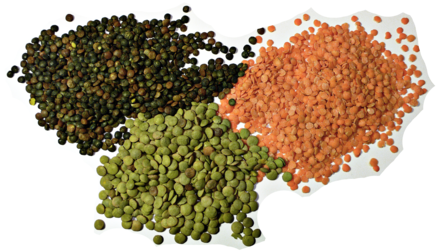 One positive outcome resulting from this pandemic is that I have more time to be creative. Missing a doctor or dental appointment suits me. I’d rather stand in front of my computer writing a blog.  Nonetheless, finding myself with an additional hour, recently, I decided to do a little cooking. Usually, I survive on organic frozen dinners; but I suspect they have more salt and cheese in them than is good for me. So, I opened my cupboard to discover what was there and like Old Mother Hubbard, I received a shock. It was nearly bare.

High on a shelf, shoved into a dark corner, I did find a solitary package of dried lentils. I’d brought them with me from my house when I moved to the retirement center.  That must have been five years ago. Even so, dried beans are as close to the eternal as a food can get, I imagine. Better yet, knowing lentils needn’t be soaked overnight, I dropped them into a pan of water to which I’d already added onion and condiments. When the contents came to a rolling boil, I added a can of chopped tomatoes, covered the pot with a lid and lowered the cooking temperature to let it all simmer for 40 minutes.  By then, I assumed, the beans would be edible. But I was wrong. They were still hard.  Adding more water to the pan, I simmered the stew for another hour.  This time, the beans had softened yet remained crunchy. Never mind. I was hungry, so I turned off the fire and ate them.

After four days of crunchy beans, I poured what was left down the garbage disposal.  The recipe was meant to serve eight and enough was enough. By then, I’d decided the beans probably weren’t lentils.  I don’t know what they were, but they had a nice flavor. In fact, my father would have described them as “belly-licking good.” So, I won’t call the experiment a failure.

Nonetheless, the results reminded me that cooking is an art as well as a skill.  To be good at it, a person needs to practice.

I don’t practice the art of cooking because I prefer to practice writing and have done so for the past 5 years. That’s why I’d forgotten what lentils looked like.  Of late, I’ve spent some of my hours in search of an agent for my memoir.  The mystery I confronted was whether the effort was worth my time. With the pandemic in place and businesses shut down, was anyone reading my emails?  Even so, I hit the “send” button most days.

This morning, I found a reason to hope. One newspaper reported some agents were working at home. That’s good news for writers who are working at home, too. In fact, the article went on to point out that with extra time at their disposal, writers are flooding the internet with queries, their numbers doubling daily like the virus.  I pale to learn of the increased competition, but it’s good to know the game is still afoot.

Housebound playwrights and actors have a reason to rejoice as well. The pandemic has granted them similar opportunities. The website 24 Hour Plays has launched Viral Monologues, a series of short, one-person presentations, purportedly written in one day. There, people may rant or perform in ten-minute gusts. Another option is to join the mini-play festivals that are springing up around the country. (The Week, April 17, 2020 pg. 23.)

It’s an ill wind that blows nobody some good, they say. In this case, it’s true.  Sheltering in place isn’t a prison sentence but an opportunity to improvise. So, put down those quarantinis everyone and think crunchy beans!